The 3 Peaks cyclocross race, already more than a half-century old, is one of the most iconic cycling events that require bike shouldering. Earlier this week, one of our European contributors, Andy Ward, was able to give the report on the lessons learned from a beginner’s point of view. Today, two members of the cxmagazine.com racing team offer race recaps from their own vantage, with Ted Sarmiento providing a full overview and rising star Hannah Saville literally recounting the ups and downs of the 3 Peaks. You can also find the first 250 rider results below.

Live in the United Kingdom and enjoy the coverage? You can find more articles about cyclocross in our print magazine, and Issue 29 is in bookstores all across the country.

The 53rd edition of this race took place last weekend in glorious Yorkshire sunshine on a perfectly sunny and still autumn day. This is significant because the weather is very much a deciding factor in this race, the biggest and toughest cyclocross race of them all and these conditions were potentially good for course records to be set. With 571 riders on the start line this year and a one lap course taking in the three highest unpaved cols in Yorkshire, a total of 61kms (38 miles) with 33kms unsurfaced and 8km of totally unrideable terrain alongside the 1,524 meters (5,000 feet) of climbing, it’s a serious challenge for riders, bikes and support crews alike. 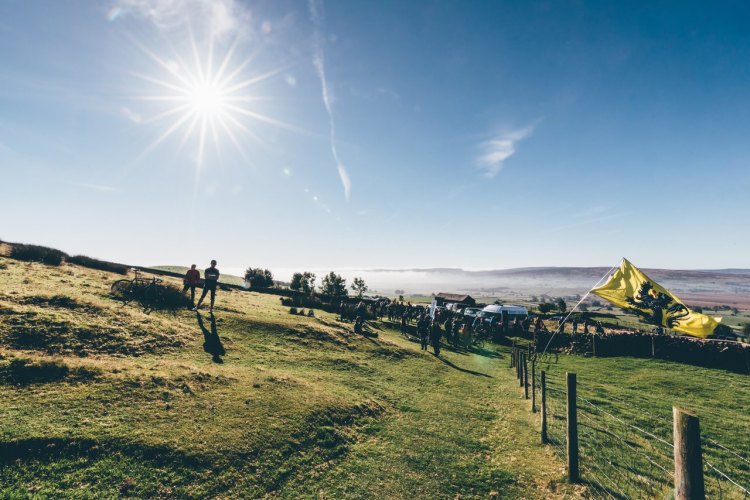 The Lion of Flanders waves over the English landscape at 3 Peaks. © Russ Ellis

The cxmagazine.com Racing Team this year featured four riders, two of whom were serious contenders for podium places. The Team has focused on the under 23 category with Edwyn Oliver-Evans placing third and Sarah Murray both winning and bagging a new U23 course record back in 2013. Last year Joanna Rycroft also won and set another U23 record. This year it was new rider Hannah Saville’s turn with Edwyn back to his best after his broken kneecap injury. Could they do it again?

The male U23 race featured Joe Moses, Edward McParland (All Terrain Cycles) and Ben Cooper (Bill Hargreaves Cycles) alongside Edwyn. Moses, a professional road racer with JLT Condor and McParland were together over the first climb of Ingleborough but bad luck, a common feature of this super gnarly course blighted his race on the descent and forced McParland into retirement. He wasn’t alone, another 35 other racers also packed. Moses went on to take the win but not far behind them Ben Cooper finished second and Edwyn took third spot and impressively 41st overall in a personal best ‘elite’ time (sub 3’30’’). To give a sense of perspective here, elite cyclocross racer Angus Edmond (Malteni/Niner) who represented New Zealand at the ‘cross Worlds finished a minute ahead of Edwyn on his second attempt at this race, claiming 37th place, impressive riders from both. Keeping hydrated for the journey ahead. © Russ Ellis

There were far fewer riders in the female u23 race but that didn’t stop Hannah from giving it her all, she led from the off and was forced into a ‘tactical dismount’ that included a gymnastic somersault on the steep stone steps the drop from Whernside. She then bravely descended the final drop of Pen-Y-Ghent on a rapidly deflating front tyre and fortunately she had her spare Raleigh bike waiting at the bottom so was able to get herself a u23 course record, claim the win and take 6th place female overall. The women’s podium featured a new winner Jules Toone (Torq Performance) beating last year’s winner Verity Appleyard (Brotherton Cycles) and Isla Rowntree (Isla Bikes) in the third spot. 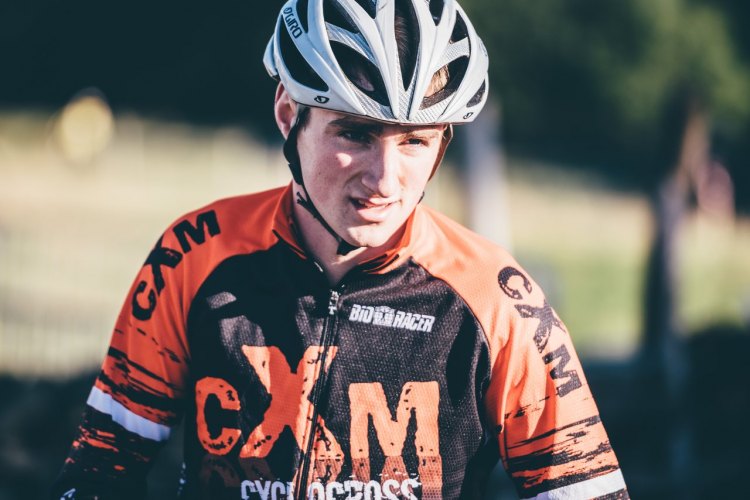 Getting a game face on for a long day in the saddle. © Russ Ellis

The men’s race featured a new winner this year with a rejuvenated Paul Oldham (Hope Factory Racing), back from a season of crashes and injuries, pulled out an astonishing sub-3 hour time to win ahead of team-mate Rob Jebb the eleven-time champion. Final senior podium spot and veteran winner was the effervescent Nick Craig (Scott Racing). The over 50s winner was once again Tim Gould (www.Zepnat.com RT – GSG Clothing – Lazer) who also placed a remarkable fifth overall.

Another great feature of this race, organised by Mark Richmond of Ilkley Cycles, are the unusual categories of parent/son and parent/daughter. We’re pleased to say that Edwyn and Hannah also came away with these two wins as well, thanks to excellent performances from dad Tim Evans (Harrogate Nova) with a his ninth race completion and personal best placing of 317th overall for the parent/son while Kevin Saville (Norton Wheelers) finishing 351st a result that gave him and Hannah the parent/daughter win. 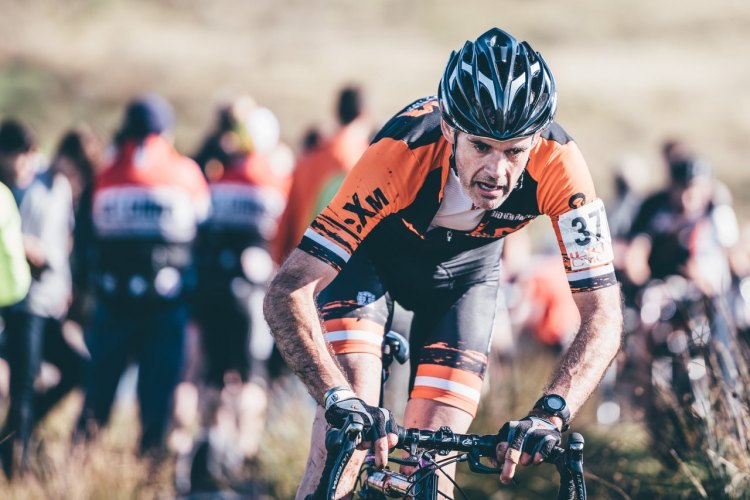 Brakes in multiple positions are a great way to prevent the upper body fatiguing on the punishing descents. © Russ Ellis

Highlight of the day, you’d think, was the first ever presentation of an over-80s award to John Dowell (Heanor Clarion) but he upstaged himself by presenting his pit crew of 30 years with an award of his own making. A very special event which all ‘cross racers should come and race, pit crew or just spectate.

At cxmagazine.com Racing Team we’d like to thank all the pit crews who worked tirelessly all day to make sure spare bikes, wheels, drinks and food were available all over the course and Raleigh Bikes UK, American Classic wheels and Vittoria tyres for helping out our young riders with top class racing equipment. Food and drink for this event were generously supplied by OTE and HIGH5, I personally can’t thank them enough as I went through three liters of drink, countless gels, energy bars and recovery juice. See you all next year.

For Hannah Saville’s full race recap and the race results, continue to the next section.