Belgian Joran Wyseure waited for one lap and then followed newly-crowned Junior Women world champ Zoe Backstedt’s script to be the first to attack the major climb and ride solo to claim the rainbow jersey at the 2022 Cyclocross World Championships.

While the first lap was filled with pack riding of 16 racers, including American Scott Funston, the fireworks went off halfway through the second lap. Wyseure surprised himself to find himself near the front early on in the race.

“Normally my start is not very good but today it went quite well,” the Belgian said after the finish.

Wyseure took advantage of perfect Belgian team tactics and a bit of infighting among the Dutch to put in a massive attack on the second time up the major climb, and then went on to put in two blistering laps. “On the second lap, I went full gas on the climb, I had a few meters, and I wanted to ride the whole race at my own tempo,” Wyseure said.

His own tempo left others gasping. With sub-seven-minute laps on the second and third turns around the track, Wyseure opened up a 14-second gap.

With the rainbow jersey riding away, Dutch stars Ryan Kamp and Mees Hendrikx gave chase, and shouted at teammate Pim Ronhaar to help out. While the Dutch gave chase and then looked around, Belgians Thibau Nys and Emiel Verstrynge were content to ride interference and cover the Dutch attacks.

Ronhaar eventually made his way to the front, and took back seconds to Wyseure, but would fade just as Brit Cameron Mason put in a huge effort on lap three to join the chase group.

A Clean Sweep for Belgians?

With Wyseure’s lead looking secure, Verystrynge took flight, looking to make it a Belgian one-two. Could the Dutch prevent a clean sweep?

On the final lap, former U23 World Champ Kamp put in a selfless effort, attacking up the final climb with teammate Hendrikx on his wheel. Halfway up the climb, Kamp suddenly pulled off, just like a World Tour domestique, and nearly came to a standstill.

With just a few turns left, the question was could the Belgians make it a clean sweep of the podium? Nys had an easy day following wheels, and now had a chance for bronze. Hendrikx attacked on the final rise, but Nys looked unfazed. Heading into the final straight, Nys sat at the back of the three. Mason surged, but Nys easily sprinted for bronze, giving the Belgians all three medals. “It was enough for the win today. It’s not normal, I’m really happy with my performance,” Wyseure said of his win. “It’s really nice that we are three Belgians on the podium today. I’m really happy.” Scott Funston had a fast start, matching the favorites’ first lap efforts and coming through after one lap just at the back of the lead group. He dangled from the group on Lap Two, but held on to finish in the top 20.

Andrew Strohmeyer was in 21st, and Daxton Mock in 23rd. 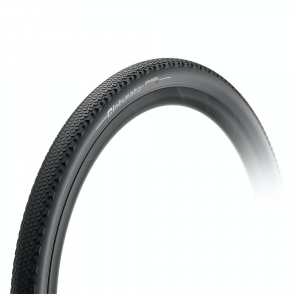