After several days of First Looks at 2015 Sea Otter, we were able to capture Basso’s plans to come to the United States and Redline’s decision to expand a grassroots team program come the Fall. On Day Two, we discovered new products by Clement, TRP, Challenge, KMC, Connex and Kona.

Last year, Praxis showed off their cyclocross double chainrings at 2014 Sea Otter. They opted to go single for 2015 with their narrow/wide chainring, and also released a massive 11-40 cassette to maintain the range.

While we got a brief look at the Chris King 12mm thru axle hubs at NAHBS 2015, we were able to get an extensive look at the models at Sea Otter. SRAM’s rebranded Force1 now gets a new brother with Rival1 being released this year. We also take a look at the latest from Norco, Marin and WTB on Day Two.

This is Day Two, Part Two. See our earlier gallery of new cyclocross and gravel items from Day Two here.

Use the slider below to scroll through the images and see more details below, and be sure to stay tuned for all the 2015 Sea Otter Classic bike and gear at cxmagazine.com. 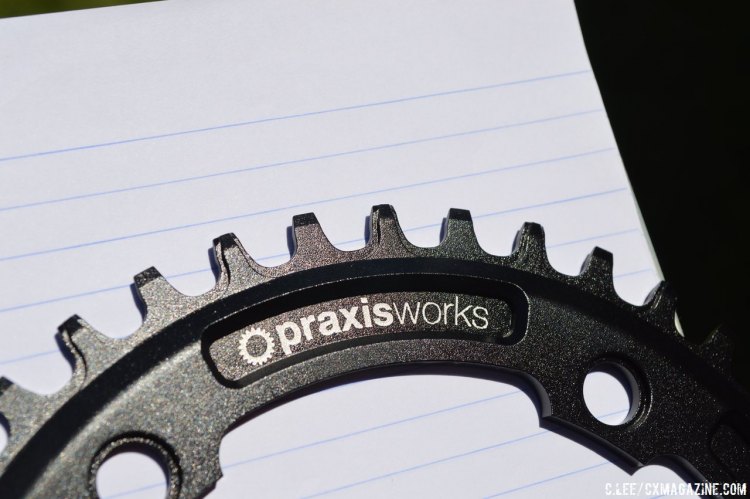 Praxis shows off their single chainring with a wide/narrow ring. The forging is thick, making a stiff ring lightened by machining. Notably there are no mud cutouts that we’ve seen on others. Available only in 40 or 42 teeth, but in both 110 and 130 BCD sizes. © Cyclocross Magazine / Clifford Lee