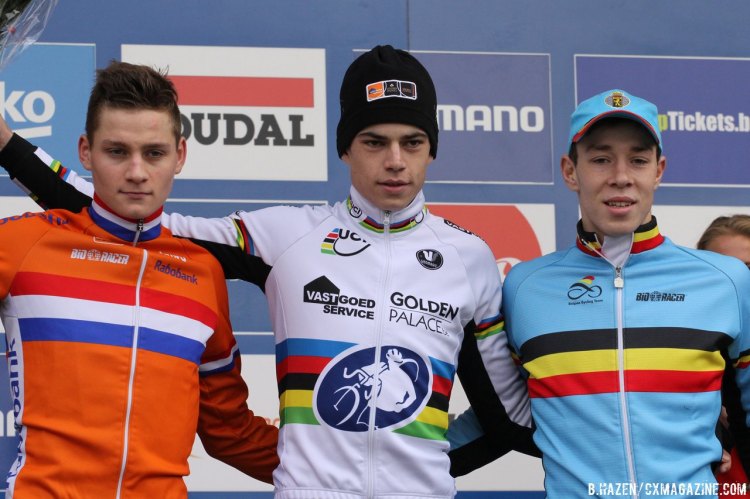 Wout Van Aert of Belgium had an impressive showing in the World Cup stage in Namur, not only taking the win, but crossing the finish line nearly a minute over second place Mathieu van der Poel of the Netherlands. The result vaults Van Aert to the top of the U23 standings.

Logan Owen was the first American to cross the line, taking 19th place. Curtis White followed behind for 30th. Andrew Dillman, Tobin Ortenblad, and Liam Earl, all pictured in the gallery above, also fought well on the day. Johan Jacbos took the win on Sunday’s Junior World Cup Event at Namur, crossing the line a full 26 seconds ahead of second place Iserbyt. American Gage Hecht rode well on the day, finishing fifth and only 1:20 seconds off the leader’s pace.