With not an ounce of mud on his bike and with his CrossVegas podium mates back in Europe, Jeremy Powers (Aspire Racing) looked to have an easy time taking the first U.S. Open of Cyclocross in Boulder. Powers used a powerful, well-timed late race attack to open a big gap as Krughoff headed to the pits.

Powers followed Katie Compton’s approach earlier in the day by turning a third place at CrossVegas into a win at the U.S. Open.

The U.S. Open of Cyclocross could be an ideal second event for European cyclocross racers, especially if the CrossVegas becomes a World Cup, but it did not attract the high-profile names and teams of CrossVegas this year. 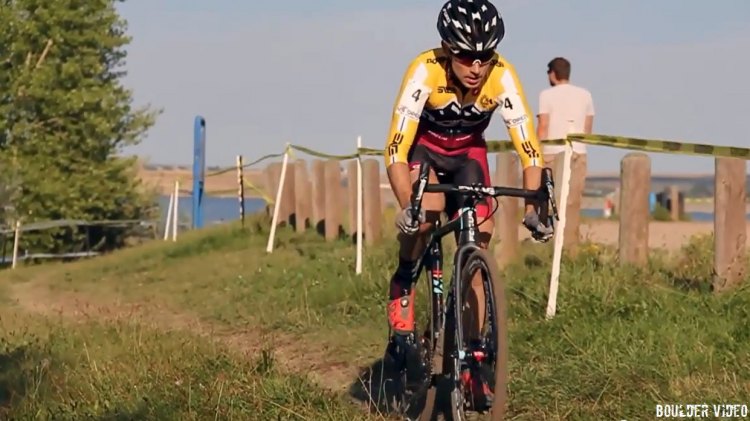 Krughoff earns his first podium of the season at the US Open. © Boulder Video

One of our cowbell members captured some great videos during the weekend, including the highlights from the men’s race:

See our previous Saturday cyclocross round-up for more results from the U.S. Open and StarCrossed.