Your 2014 Elite National Championships Podiums – A Roundup by Matt Lasala

The racing is over, but we’ve got a ton of photos that haven’t seen the light yet, including podium shots for the Elite races (it’s a little weird to see podiums of three instead of the five honored in the past). Missed some of our coverage? For all the best Cyclocross Nationals 2014 coverage, including bike profiles, race reports, results and video interviews, check out our 2014 Cyclocross National Championship Page here. Read the full report here, and check out the Worlds Team Selection that was announced yesterday, with all three racers on the podium heading to Hoogerheide at the end of the month! The U23 women raced with the Elite women, and did well even against some of their more experienced counterparts. Check out the full report here, and check out how Antonneau made the Worlds team again here. 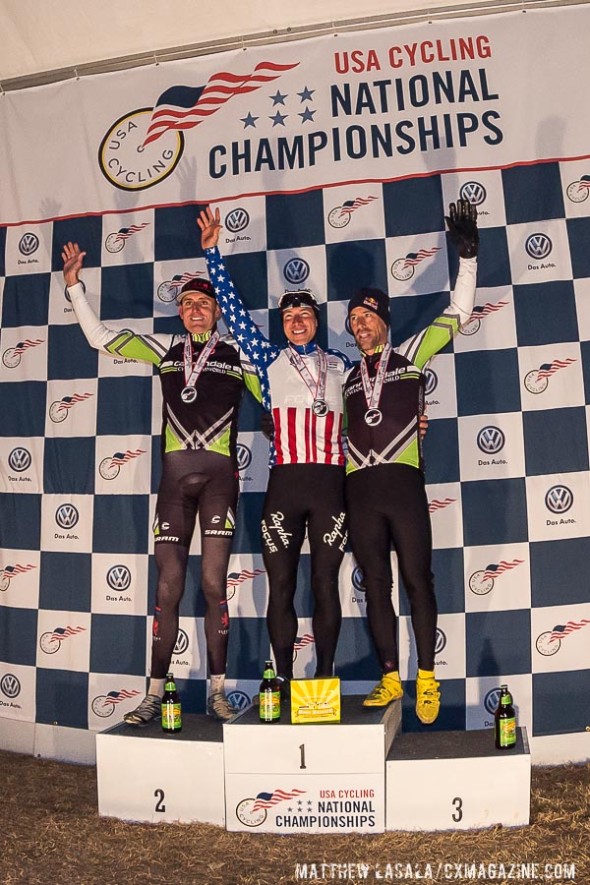 Jeremy Powers took back the title this year, and all three racers who made the podium will be heading to Worlds as well!