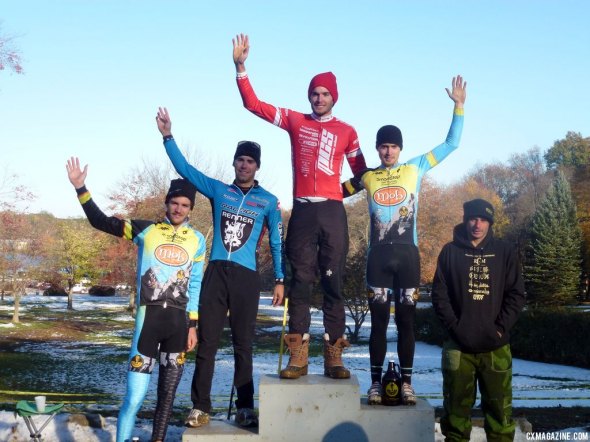 Jamesburg, New Jersey — It was a slushy, muddy mess that greeted racers at HPCX today. After getting an unheard of four inches of snow in Central New Jersey,the course completely changed from previous years and the barriers were removed on the grounds that the slush created enough running opportunities for racers.

Nikki Thiemann (Team CF), who won at Beacon the day prior, repeated her performance, flying through the mud. She told us she prefers to race in mud, so this was her weekend to shine. Laura Van Gilder(Mellow Mushroom) took second, also for the second day in a row. She was followed by Carolyn Popovich (Team CF) in third, Erica Yozell in fourth, and C3 Athletes Serving Athletes’ Arley Kemnmerer (who had to pull out of the race on Saturday after a crash) coming in fifth.

Results after the photos