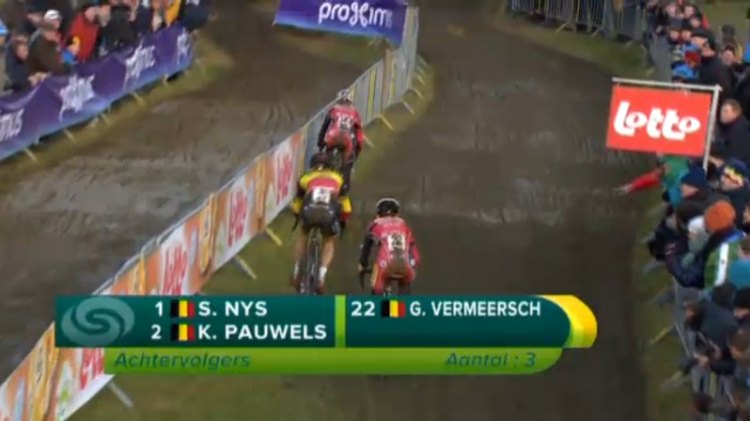 With the mud and flat tires spreading the race out, the battle for third was one of the highly contested fights on the day. Photo: footage from Sporza

Nash crosses the line in the Women’s Elite Race highlight video from Sporza, somehow looking chipper as ever with her customary hand-slapping as she crosses the finishing stretch. Wout van Aert, however, looks ready to collapse, along with most of the men who finished top twenty at the GP Sven Nys.

Next post The Lessons Learned from the Hit-and-Run: A Column by Lee Waldman