Thomson’s first product offered when the company launched in the mid-1990s was a seatpost. Since then the company has expanded its product line, but seatposts continue to carry the torch for the company.

Thomson’s workhorse seatpost is the two-bolt aluminum Elite, which it also offers as a dropper post.

At Interbike this year, the company showed off its new Elite seatpost with is “Jungle” colorway along with matching stem and seatpost collar. Thomson started as an aerospace company, so it is not a surprise that the ‘Jungle” color comes from a functional surface coating called CeraKote, which is primarily used in military equipment. Thomson claims the ceramic coating is superior to anodizing in terms of adding durability. 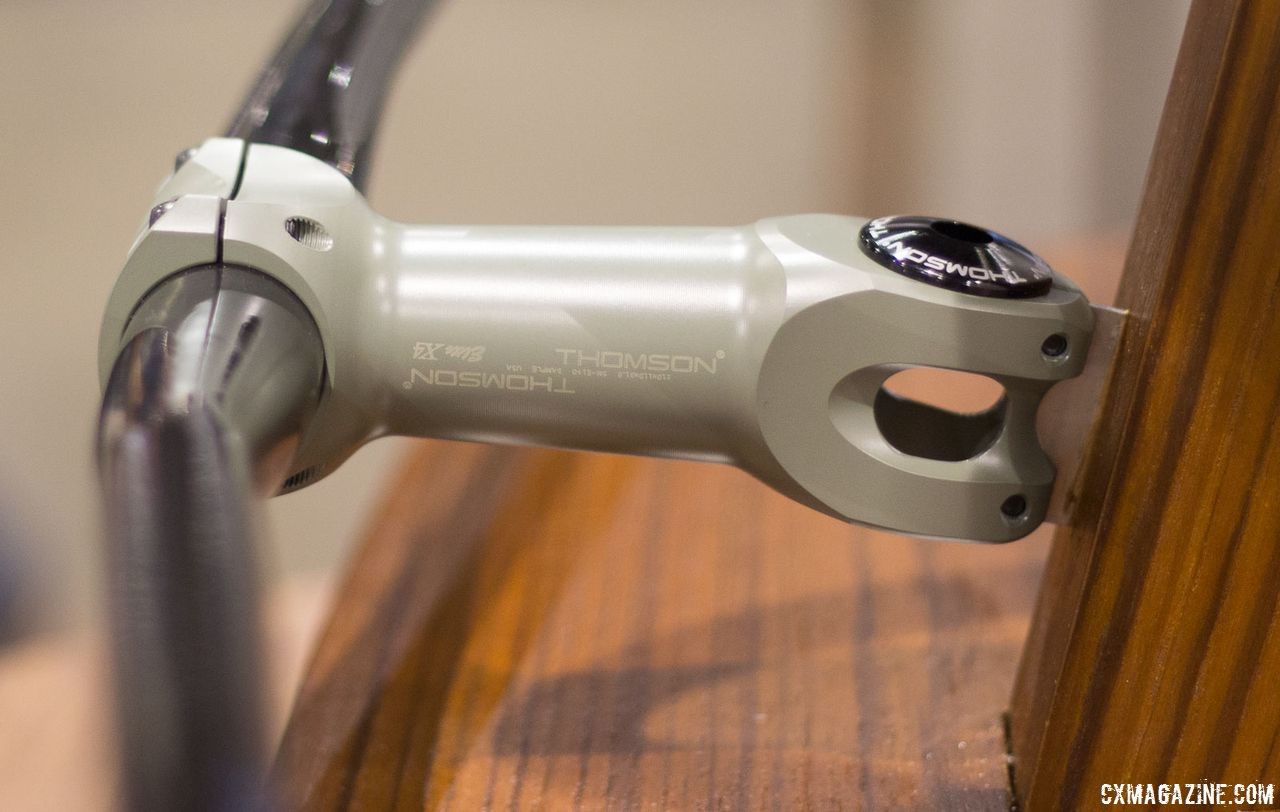 The company will initially offer the Jungle Elite seatpost in a 27.2mm size, and it may offer additional colorways using the CeraKote coating in the future. Both the Jungle Elite post and stem will retail for $125 when Thomson releases the products on September 26.

For more new tech from Reno, see our full coverage of the 2018 Interbike trade show.

Eric Takayama and Zachary Schuster contributed to this report.