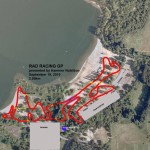 For the past three years, the Rad Racing Gran Prix has joined StarCrossed to create a full weekend of some of the best racing the West Coast has to offer. Those of you who have raced the Gran Prix in the past will either be ecstatic or bummed to hear that the venue for this year’s course has changed, so gone is the quad-busting “Knapp Time run-up.” I checked in with Jim Brown, director of Rad Racing, to see what we can look forward to in the new course.

The Rad Racing Northwest team began in 1998 with a small group of local racers with a desire to create a bike racing team where the focus is on kids, and only kids. They saw that the future of the sport depends on creating opportunities for kids to enter into bike racing, and they sought to support them through the demands and expense of training, racing, equipment and travel. 100 percent of all profits from the Rad Racing GP go into the Junior development program.

In 2009 the Gran Prix attracted more than 500 racers, with riders from 18 states and three Canadian Provinces. The event has attracted US, Belgian, Swiss, Italian, and Danish National Champions.

Tell me a bit about the new course. Why did you choose it, over the Lakewood course?

We changed venues for a few reasons. One of the biggest things was that we wanted to make it easier for racers to compete in both events [StarCrossed and Rad Racing]. There’s no easy way to get to Lakewood [the location of the previous course]; it’s at least an hour to get there. Our venue this year is about seven or eight miles away from StarCrossed, close to the highway and in easy access to the airport, so it will make it much easier for riders to participate. It’s a little higher-exposure venue, too, which is great for our sponsors, and it has a good infrastructure for set up and spectating. Before, you really had to hike to get to a good spot to watch the race, so this course is much more spectator-friendly. Also, there’s a hospital right across the street, just in case.

The course is 2.95km long. We’re going to run the amateur categories in the morning and see how the times are. If we need to, we have some variations to add time to the course for the UCI categories. Speaking of that, another big change is that all the amateur races are non-USAC races, so we have the ability to do what we want to do with the course… it gives us some flexibility to play with.

Knapp Time [an ultra-long, steep run-up] was a pretty famous feature of the old course. What unique aspects of the new course do you think will have people talking?

The primary course feature is a pretty substantial section of sand, right on the beach of Lake Sammamish. We’re going to split this portion up, the riders will come down onto the beach, then up a flight of stairs, roll on the grass for a bit and then come back into the sand. It’s going to be challenging, a lot of people will have to run it, and by the time the pros come through it will be pretty torn up. There will also be a beer garden right on the beach, for spectators to catch the best part of the action.

It’s going to be a lot of wide-open racing, lots of grass, lots of turns. We crafted a cool course, lots of cambers, lots of trees. All around we’re trying to make it a little better for the racers and for the spectators.

Any big names you expect to see?

We’ll be a little bit heavier on the mountain bike background this year because of the conflict with US Pro Nationals. We’re losing Powers and Johnson, but Trebon and Kabush will be there duking it out, as will (2008 Swiss National Champion) Christian Huele and (British National Cyclocross Champion) Helen Wyman. It will be a little different vibe than in the past, but will definitely still be a solid field. Francis Mourey will be coming from France, as well. And, of course, all the other big names that will be at StarCrossed will be with at the GP as well.

How about locals, who should we look for to give a surprise performance?

In the UCI Elite race, Nick Weighall (Cal Giant), former U23 and National Champion in U23s, is a scrapper and he will be going for it. Steve Fisher (Rad Racing) is a former Junior World Championship team member making great strides as a U23 and Elite rider; Eric Emsky (Blue Bicycles) is another former Rad Racer and Junior Worlds team member; Ryan Iddings (Redline) is yet another Rad Racing alumni, and former Collegiate National Champion; Kari Studley (Redline) is the current Singlespeed World Champion; and Christie Berg (Cycle U) is a strong contender. All of these riders should be putting on a good show.

How has it been working together with StarCrossed? 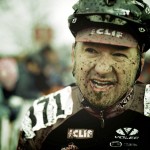 This is our third year working with StarCrossed, and our relationship with (promoters) Terry and Zac has only gotten better and better. Between the three of us, we’re pretty connected within the industry, so we’ve been able to pull in a lot of sponsorship and recognition.

Tell me a bit about your sponsors.

We were pretty excited to get Hammer Nutrition involved. They’ve been plugging it pretty hard on the regional side – they’re gonna be a pretty big presence here, and a lot of riders are excited. I ran into Brian Frank [head honcho of Hammer Nutrition] at a 24hr race in Spokane, and we started talking. By the end of the conversation, we had a sponsor and his 14 year-old son had signed onto Rad Racing!

We’re getting a lot of support from the bike industry, as well. TRP Brakes, Challenge Tires… they’ve jumped in pretty hard, sponsoring both races. Redline is stepping in on our event pretty big, too. All proceeds from our race, and from Thursday’s premier of Brian Vernor’s The Cyclocross Meeting movie, go back into supporting Rad Racing.

Tell me a bit about what Rad Racing is involved in this year. how are your Juniors doing?

We do all aspects of racing, so we’ve been very busy. Our most decorated rider ever, Benny Swedberg, graduates from the Junior ranks this year after winning three national titles on the track (seven National Championships in his Junior career: two in ’cross, five in track). He will be working at our race to help set the course, coaching younger riders, and then later on in the season he will probably stick his nose in some ’cross races.

That’s the thing about ’cross. ’Cross brings everybody together, brings the whole team together. Everybody’s pretty stoked. We’re pretty strong in the 15-16s this year. Steve Fisher is coming back for us as a U23.

We got a number of Juniors lining up to throw down. Look for Andrea Casebolt to be on the podium this year at Nationals in the Junior 15/16 girls; she will be sharpening her game racing locally with the Cat 1/2’s (she’s in the ninth grade).

We wanted our juniors to be able to interact with Elite riders, get to watch them race. It’s super cool to have our kids shake hands with guys like Ryan Trebon and Jonathan Page, and to get a chance to learn from them.

We’ve had kids head to the Euro Cross Camp in Belgium every year, so it’s good to be able to make it a little more cost-effective for the guys with the proceeds we get from the GP.