While Elites in the U.S. were trudging through the Louisville mud, European riders were at the iconic Superprestige Zonhoven.

The famed De Kuil sandpit had some snow this year since the event moved from its traditional October date to the middle of December this year. With the race in December and not October, riders got to run through some snow as well as sand. 2018 Superprestige Zonhoven. © B. Hazen / Cyclocross Magazine Head into De Kuil with this photo gallery from Bart Hazen. Full race results are also below. 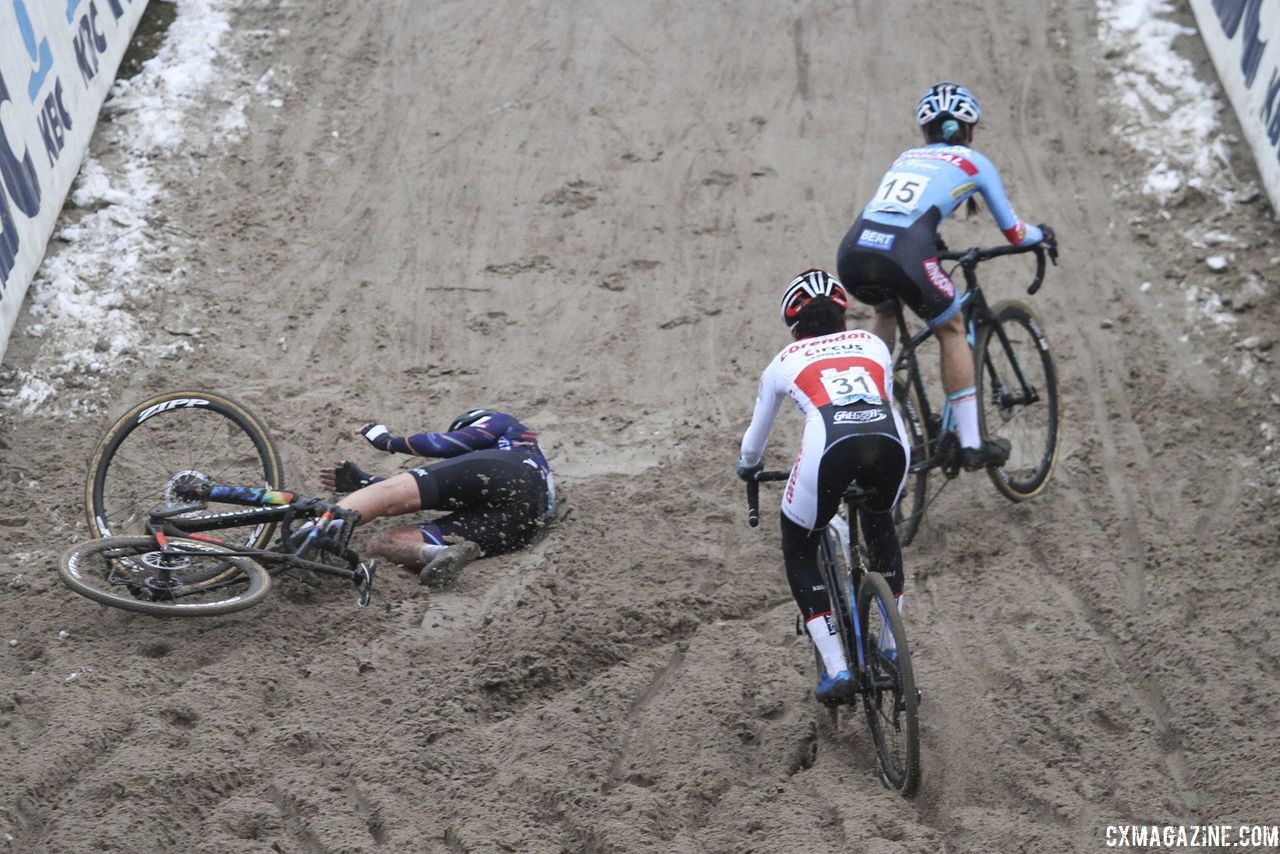 Nikki Brammeier took a spill on one of the trips into De Kuil. 2018 Superprestige Zonhoven. © B. Hazen / Cyclocross Magazine