One way the Belgians celebrate the annual post-Christmas holiday of Boxing Day is with cyclocross, specifically the annual World Cup race at the Circuit Zolder speedway.

Fans out for the post-holiday celebration were greeted by cold temperatures in the 30s and riders got to race on a course that was frosty and fast.

Five women entered the last lap together in the Elite Women’s race. Lucinda Brand (Team Sunweb) followed Marianne Vos’ (WaowDeals Pro Cycling) move after the uphill off-camber and then took the lead on the first technical drop before Vos sprinted past her on the stairs to take over the lead for good.

The win was Vos’ seventh career victory at the venue. Marianne Vos and Lucinda Brand battled at the front until the last minute of the race. 2018 World Cup Heusden-Zolder. © B. Hazen / Cyclocross Magazine

In the Elite Men’s race, Mathieu van der Poel (Corendon – Circus) took over the lead into the technical section in Lap 3 and forced Toon Aerts (Telenet Fidea Lions) into a costly bobble on one of the steep inclines. As he does, Van der Poel seized the opportunity to open up his winning gap to stay perfect in his World Cup races this season. A number of North Americans also raced in the U23 and Junior Men’s races, with Gage Hecht (Alpha Bicycle – Groove Subaru) headlining the North American finishers.

Head back to Heusden-Zolder with this photo gallery from Bart Hazen that includes a North American focus on the Elite Women, Elite Men, U23 Men and Junior Men races. ICYMI, also check out Hazen’s gallery from the much more muddy World Cup Namur. 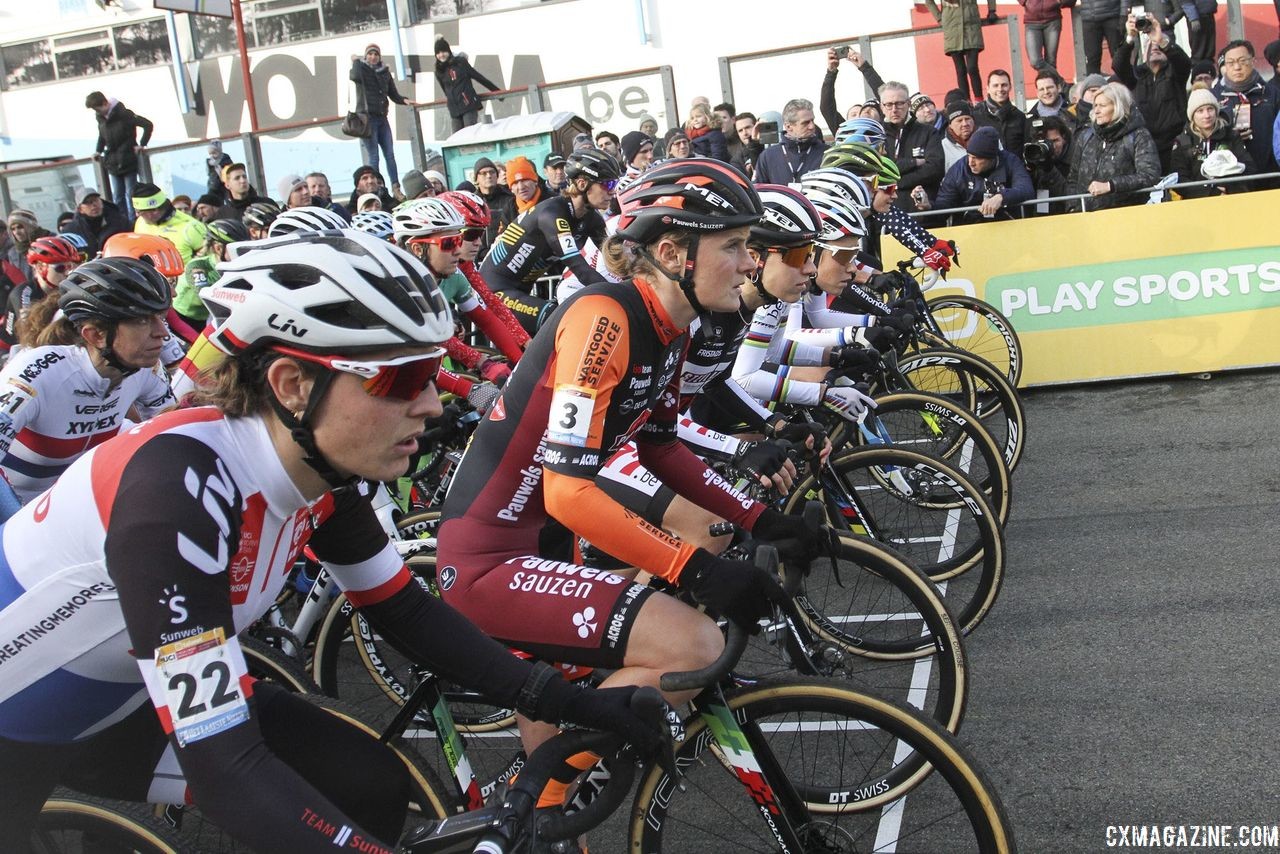 Next post Will There Be a RenoCross in 2019? We Spoke with Race Director Coby Rowe About the Race's Future