According to Zipp OVCX Tour Director Mitch Graham, the course at John Bryan State Park is a good choice for a championship venue in that it requires a complete rider to win. “It’s kind-of flat, which makes the racing more tactical.  The course has a lot of balance and has a little bit of everything.  It isn’t defined by any one feature.” Graham is quick to add, “It’s also a nice old park with 200 year-old trees located in a college town with a great local scene.”

One of the upgrades to this season’s Ohio State Championships comes directly from sponsor Buckingham Financial Group, which is providing custom championship jersey’s to this year’s state champions and Kenda Tires is providing merchandise prizes. Members of the US Armed Services who provide their CAC card at registration will also receive a $10 rebate on their registration. 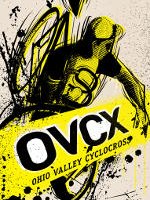