While its terrain is currently covered in feet of snow, Montana Cross Camp already has its sights set on warmer days, dry roads and trails, and running shoes.

Geoff Proctor has announced the 2019 Montana Cross Camp dates. The camp returns to Helena, Montana in July with two camps: While longtime cyclocross coach and evangelist Proctor no longer has an official role with USA Cycling due to the hiring of new Cyclocross Manager Jesse Anthony, he’s now got even more bandwidth and energy to focus on talent development and mentoring some of the country’s most promising cyclocross athletes. 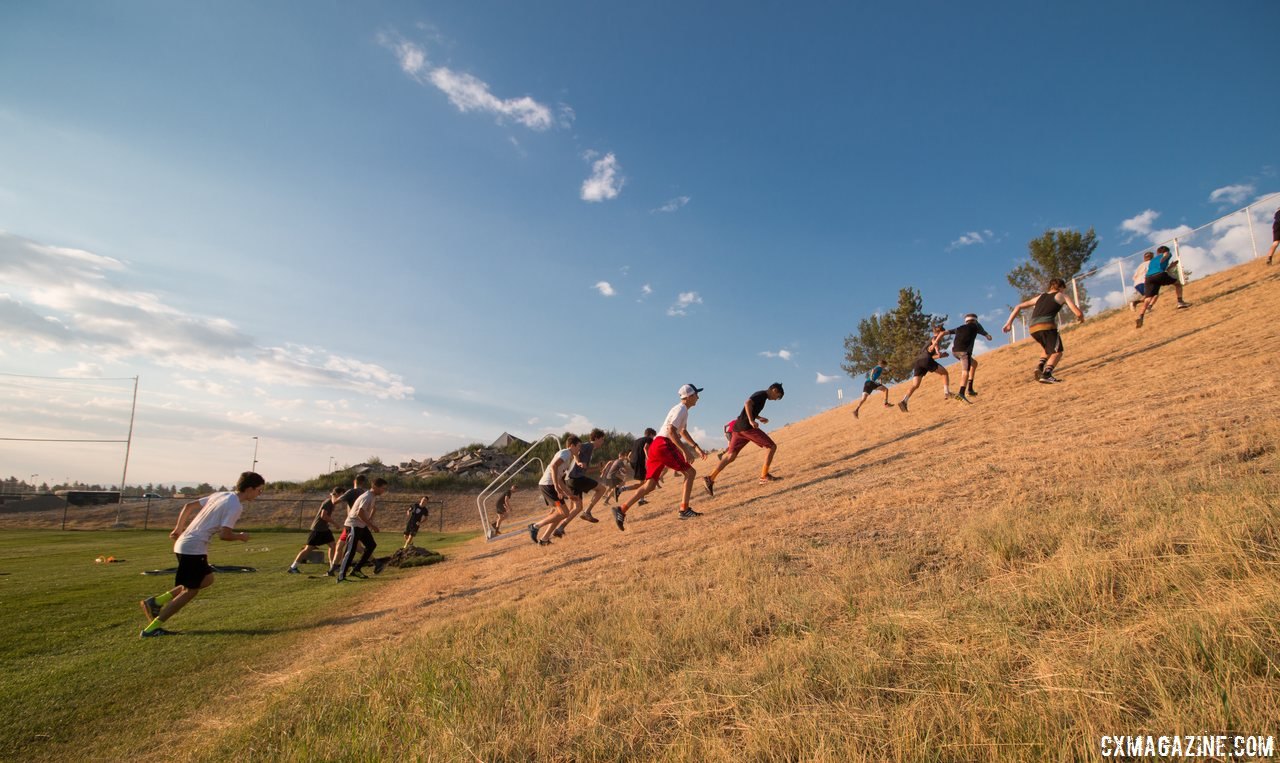 The morning workout has a lot of running, including a cross country warm-up, stadium stairs, and hill repeats as seen here. 2017 Montana Cross Camp © Cyclocross Magazine

Stay tuned for more details on this year’s coaches and application process. And dust off those running shoes!