Here was the scene: The race began with a fast sprint up a paved start sending riders on to a few dry, grassy stretches. Then the racers dove into the sandy beaches, fighting elbow to elbow through a lung-busting 600 feet of sand. Climbing back onto grass again the riders were quickly met by the plank barriers with a quick counter punch to the chest with the entry into “Sand Two.”

The riders then ventured out on a flat, single-track trail through dusty turns around old orchards where the speed opened up and some recovery could be found. The day started cool but warmed up quickly. Dust accentuated the heat, inspiring announcer Alex Walker to chortle an “air quality alert” as the first group of racers ripped around the back turns. Then back to long grassy runs, they returned to the paved straightaway under the finish line.

It was a grueling but beautiful day at Lake Sammamish State Park, 15 miles east of Seattle, on Sunday, September 10th. Over 800 riders took to the grass and sand, with the Elite Men and Women covering nearly one mile of sand in their 60-minute race. Seattle-based MiiR sponsored this year’s MFG Cyclocross Lake Sammamish GP. Team Dyna Racing, as victors of the 2016 season, were called up to fill the front of many starts. But with a regional draw, there was plenty of competition. 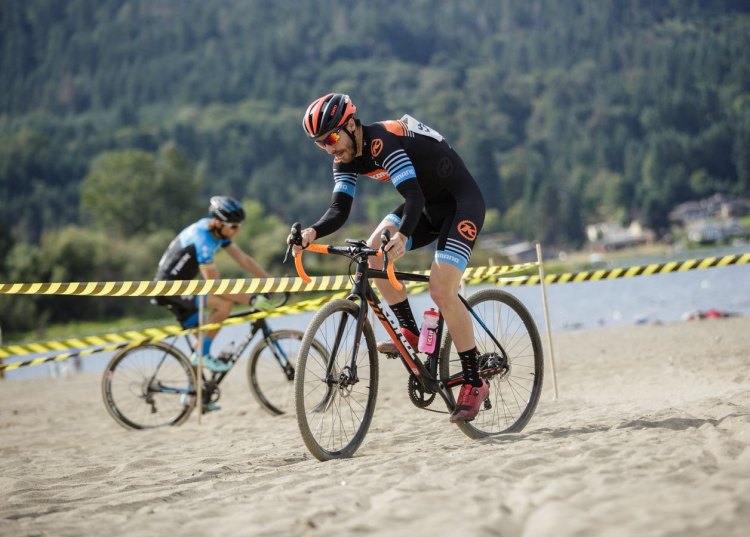 Other standouts in the day included the photo finish for third in the Clydesdale race (racers must weigh in at 200+ lbs). Torrey Kuhlmann won, followed by Micahel Callahan and Peter Emsky (Dyna Racing) stealing the podium from teammate Russ Sovde (Dyna Racing).

The Elite Men’s competition was close the entire race, leaving spectators in suspense until the final lap. The band of five of the Northwest’s top racers stayed right with each other most of the seven laps. But Steve Fisher (McGovern Cycles / FSA CX) played his cards well, waiting until the last lap to pull into the lead and win after hanging in second and third through all but the final lap. Spencer Paxson (Kona Bikes) claimed second and Stephen Ettinger (Focus/Shimano) third. 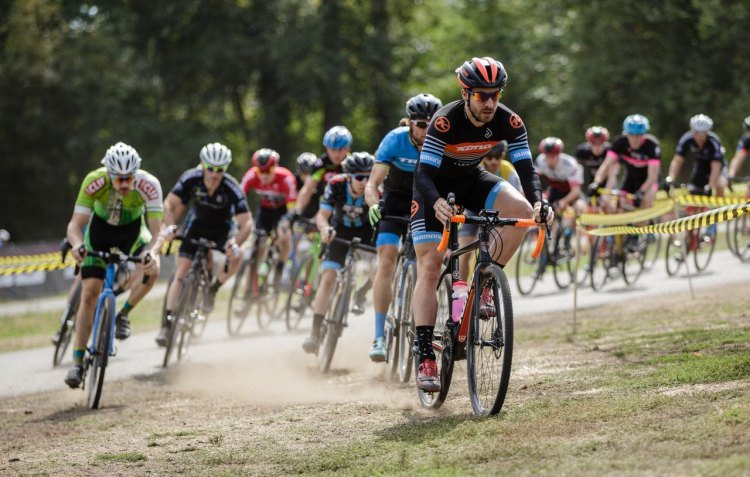 The Elite Women leaders spread out early, with Courtney McFadden (Pivot Cycles P/B DNA Cycling) taking the lead in the first lap and growing her gap from the chasers each lap, finishing 1:33 ahead of her closest competitor, Tricia Fleischer (Monument Wheelworks/Positive Uncertainty). Gina Estep took third. The future of cyclocross, Juniors Boys and Girls filled the second to the last start with 110 racers; 83 boys and 27 girls.

And what better way to end a race day on a hot, flat, fast course than with the Single Speeders. Daniel Olsen (Hodala!) took first, Brad Nelson (Conti Thrasher) in second and Pete Groblewski (State Bicycle Co) in third, each claiming their own placement handily.

Eager veterans and newcomers alike enjoyed this traditional start to the MFG season on the south shore of Lake Sammamish. Next up: Moor Cross, at the other end of the lake, on Sunday, September 24th at King County’s Marymoor Park.

Next post Interview: Sanne Cant Talks About Handling the Iowa Heat and Her Secret to Sand Success