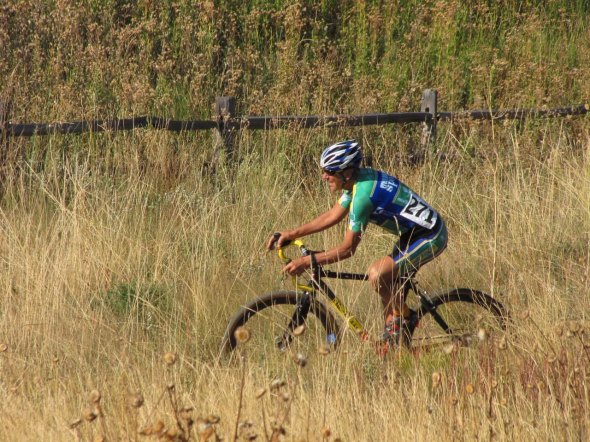 “Now go ride your bike.” This is the perennial phrase Lee Waldman, Colorado race organizer and Cyclocross Magazine contributor, uses to sign off from his articles to the cyclocross community.

On Christmas morning, Waldman was one of just a handful of cycling tragedies over the holiday period noted in a somber article by Velo News.

According to the Bike Racing Association of Colorado: “Lee Waldman was struck in a car v. cyclist hit and run on Christmas morning. Fractures of C1 and C6, a concussion and broken ribs were some of the injuries he sustained. Your prayers and healing thoughts for him and Caren are much appreciated.  While his life is not in imminent danger and thankfully there are no signs of paralysis now, he remains at St. Anthony’s North ICU and is unable to take visitors or receive calls/texts. If you’d like to reach out to Lee, please communicate through Caren, or send him a card at St. Anthony’s North, 2551 W. 84th Ave., Westminster, CO 80031.”

Lee has been such an important voice here at Cyclocross Magazine. His focuses on motivation and learning through experience have been an inspiration to us all. Molly Hurford, the former editor, worked with Lee for the length of her career here, and had this to say about him: “Lee’s columns—from triumphant to tragic—resonated with so many readers, and as both a writer and a friend, he’s one of the best people I’ve had the pleasure of meeting in this sport. If there’s one thing that came through in every column he wrote, it was that he’s a fighter, and that’s what he needs to be now.”

Since sustaining a hamstring injury last year, he has been slowly recovering and had plans to compete in his master’s age group in Austin for the Cyclocross National Championships. We are devastated to hear that his simple joy of “now going out to ride his bike” turned to tragedy. Lee Waldman, a member of the old-school clan by most definitions, would welcome cards at the address above. For additional well-wishes for a speedy recovery, please leave a comment in the section below and we will make sure they get to Lee and his wife.

We wanted to share with you a hidden gem from the words of Lee. He won’t be in Austin, but if anyone knows how to recover against adversity, and create new goals, it’s him:

A little more than nine months ago I looked at my wife, I’m sure with fear and trepidation written all over my face. I had a question to ask her. It was one that had been burning itself like a red hot branding iron into my psyche since my hamstring surgery. For those of you who don’t know, I spent last season on the sidelines after completely rupturing all three of my hamstring tendons due to a botched remount. The surgery went well but in the weeks leading up to the repair, I made the fatal mistake of Googling “ruptured hamstring recovery”. (It was a perfect example of having too much information).

Most of the reports left me with more fear and trepidation than with confidence. Not fear that I wouldn’t recover; that my hamstring wouldn’t work again. The majority of the reports I read told tales of athletes who were never the same after their injury, even if the surgery was a success. One runner recounted his experience: that it had taken him a full 12 months to feel as if he could run again. There were other similar reports; athletes sharing their experiences with recovery from the same surgery that I was to have. None left me feeling optimistic.

So it was with that information in mind that I asked Caren, my wife, “Do you think I’ll be able to race again?” I was truly frightened scared to death. Intellectually I could say to myself that, “Hey, it’s only bike racing, not world peace. It’s not that I won’t be able to ride, just not race.” But if I were to be completely honest with myself, I knew that it wouldn’t be enough. I fell in love with the beautiful pain of cyclocross over 30 years ago and wasn’t ready to give it up.

I don’t remember exactly what Caren said, but I do remember (her doing her best) that she did to assuage my fears, to give me confidence that I would race again and to convince me that “yes”, I would return to my former level of fitness.

I have a picture of me racing cross as the wallpaper on my cell phone. I have another one as the background on my desktop. In both of them my left leg, the injured one, looks strong, fit and lean. After my surgery I looked at that same left leg. It just wasn’t the same, and it scared me. It was noticeably smaller, thinner and hard as I tried I really couldn’t see any muscle. Makes sense considering that it had been unused for almost 12 weeks. I would reach back to feel my hamstring. The tendons were there, I could feel them. The muscle wasn’t. And again, I was scared.

It’s been said by people who know me well, that I’m nothing, if not incredibly stubborn. There are times when that’s been a detriment, but not always. I made a decision after my surgery. In spite of my fears, I would come back. Instead of dwelling on how much I had lost and how far I had to go, I decided to not accept even the possibility of failure. To paraphrase, “failure was simply not going to be an option.” I made a plan for myself. One day at a time, step- by- step I would build the hamstring back.

I took stock of the elements of cross racing that had been missing from my technique toolbox in the past and decided to use the months leading up to this season to fill in the blanks. Cornering and bike handling became my focus. The mountain bike and cross bike became my tools. I rarely took the road bike down during the summer, knowing that the only way to become comfortable on a cross course again was with time and repetition. And that’s how I spent my summer.

I raced one short-track mountain bike race in early June. I clearly wasn’t ready to race and so I put that on the back burner till next year. In July I rode my first mountain bike race in 12 months. I was starting to feel better. The fitness was coming back. Last week was my first cross race, a mid-week 25 minute effort that felt ok. Not great, but I could see that the time I’d spent in the summer was beginning to pay dividends.

The first race, aptly named the “Kick It” cyclocross, started off my season. As I rolled around warming up I felt something that I hadn’t felt in a really long time. Butterflies the size of geese in my stomach. Like all of us, I’m always nervous before a race. This reminded me of the days when I was just starting out in bike racing. I wasn’t just nervous, I was scared. Scared that I wouldn’t be able to keep up, scared that I would embarrass myself. Scared to death that the whistle would blow and the entire field would ride away from me.

As it turned out, I was pleasantly surprised. Not only did I feel strong, (not 100%, but stronger than I’d anticipated) I was actually catching and passing riders who had beaten me in the past. I ended the race in 10th place, clearly the oldest top 10 rider by at least half a decade.
The next weekend, this one just past, was the U.S. Open of Cyclocross and the Boulder Cup, both big races with fast 55+ fields. Again, I felt strong, confident and that I had actually been able to “Race” my bike. The season is looking good at this point. I’m encouraged, motivated and excited.

I talk with my college students nearly every day about the importance of setting goals and having a plan. I have my goal – Austin. I’ve got my plan in place. Now it’s time to keep on keeping on. Wish me luck. See you at the races.

Next post Second Showing Added: International Cycling Movie For the Love of Mud Set To Premiere in Austin January 9, 2015