While the winning bikes of Saturday’s Dirty Kanza and Lost and Found gravel events were quite varied, so were the pedal choices. While Katerina Nash relied on her tried and true gold Crank Brothers Candy 11 pedals that took her to the even more valuable bronze medal at Worlds, Alison Tetrick used the unique Speedplay Syzr pedal system, Mat Stephens looks to have powered away on Garmin’s Vector road pedals, while Carl Decker, for the second year in a row, took the Lost and Found title using pedals from Giant Factor Offroad Team sponsor HT.

HT? Unless you come from downhill or BMX, there’s a good chance you’ve never heard of HT, but Decker used a Look-style HT road pedal and Giant road shoes on his rigid 29er hardtail to escape Geoff Kabush, Tobin Ortenblad, Jamey Driscoll and Barry Wicks at the 2017 Lost and Found.

However, most of the time when Decker is trying to earn a living, he’s on HT’s mountain pedal system, and when he’s cross country racing or racing cyclocross, it’s on HT’s new M1 pedal that we’re taking a closer look at today. It’s almost as if a Time ATAC pedal and Shimano SPD pedal had a child. HT Components serves up the offspring as another pedal option for cyclocross and mountain biking, and cites a lower stack heigh, sealed bearings, weight savings and mud clearance as reasons to make the switch. © Cyclocross Magazine

The pedal looks like a hybrid between a TIME ATAC up front and a Shimano SPD out back. Did HT go back in time and get its ATAC stuck in the Shimano jar? The front wire bail is said to offer mud clearing, while the retention claw out back offers spring tension adjustment.

Picky about your float? HT, in perhaps a potentially confusing fashion, offers four different proprietary cleats, two of which are said to work best with the M1 system. The X1 and X1F cleats offer 4 degrees and 8 degrees of float, respectively, but just as with the Shimano SH51 and SH56 cleats, consumers need to be careful when purchasing replacements as “I need an HT cleat” may not yeield the desired results. 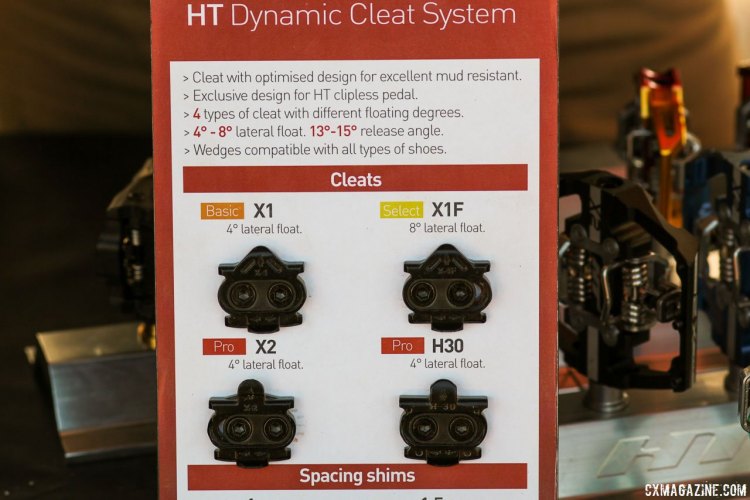 HT Components lets you customize your release angle with different cleats, and owners need to be careful in purchasing replacements (The X1/X1F work best with the M1 pedals). While the X1F adds more float, unlike Shimano’s SH56 cleats, they’re not multi-release. © Cyclocross Magazine

Picky about pedaling ergonomics? HT boasts its M1 pedal has a 1.5mm lower stack height than a Deore XT equivalent.

Care about fashion? Just as Xpedo and Issi do, HT brings a rainbow of options and a potential inventory challenge for smaller shops. There’s at least seven colors waiting to match your bike or kit, with red, two shades of orange, green, blue, black and silver finishes. HT Components serves up another pedal option for cyclocross and mountain biking, with color, cleat and spindle options. © Cyclocross Magazine

With a downhill and BMX background, HT prioritizes durability and claims its two sealed needle bearings (and one IGUS bushing), paired with a thicker spindle, should ensure smooth pedaling for years. When those revolutions are used up, the company has a $18 rebuild kit ready.

If you’ve got multiple bikes, switching pedal systems can be expensive, but HT expects you to save some grams in the process. The “standard” M1 weigh 298 grams, with a 48 gram cleat, and retails for $129.

Want to spend more to save more? Another $100 will save you 46g in the form of a shiny gold colored titanium axle, similar to the ti option with the Xpedo CXR pedal we saw at Sea Otter and have under review.

We’ve had a pre-production set on hand for a while, but were instructed not to write about them. Stay tuned as we have a production review set on the way. 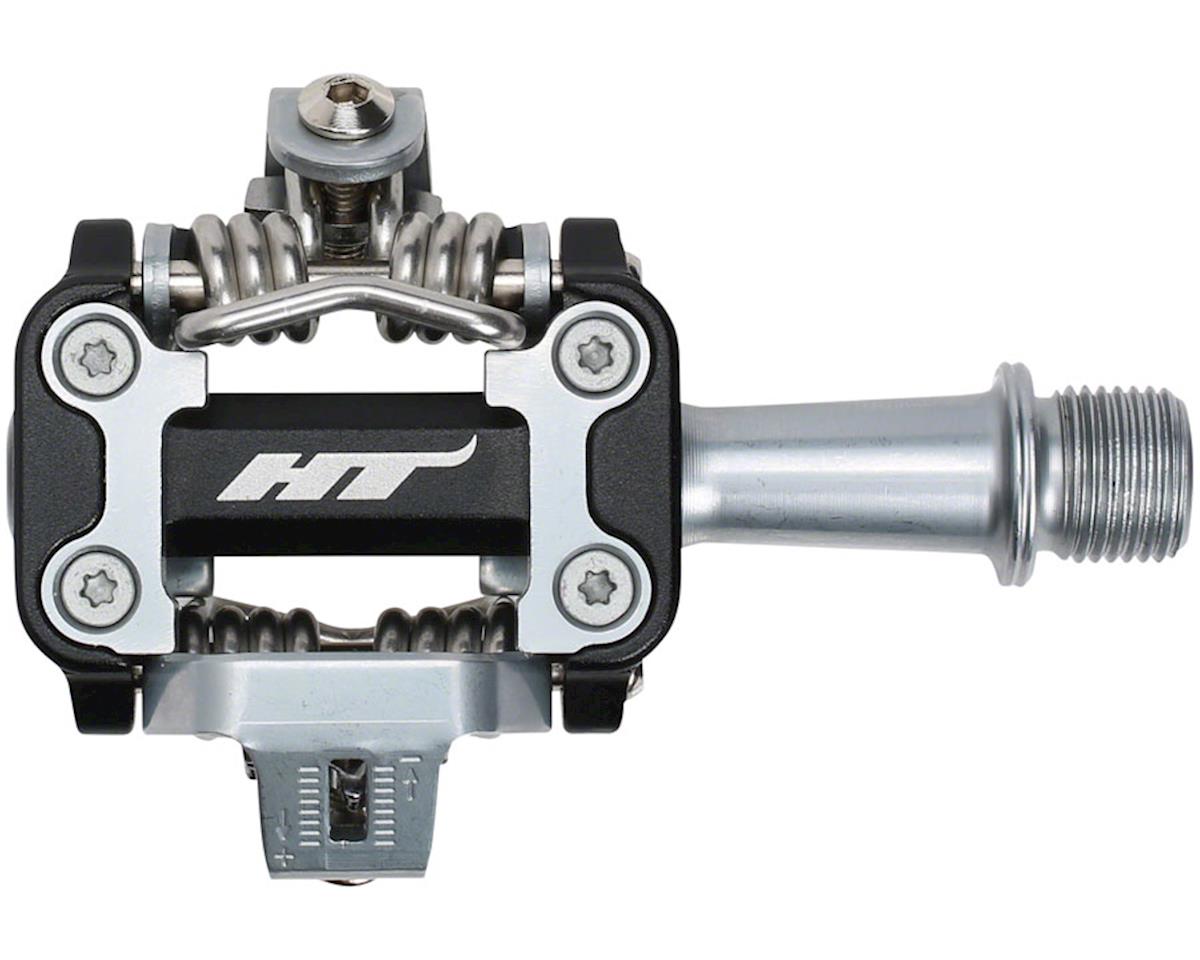 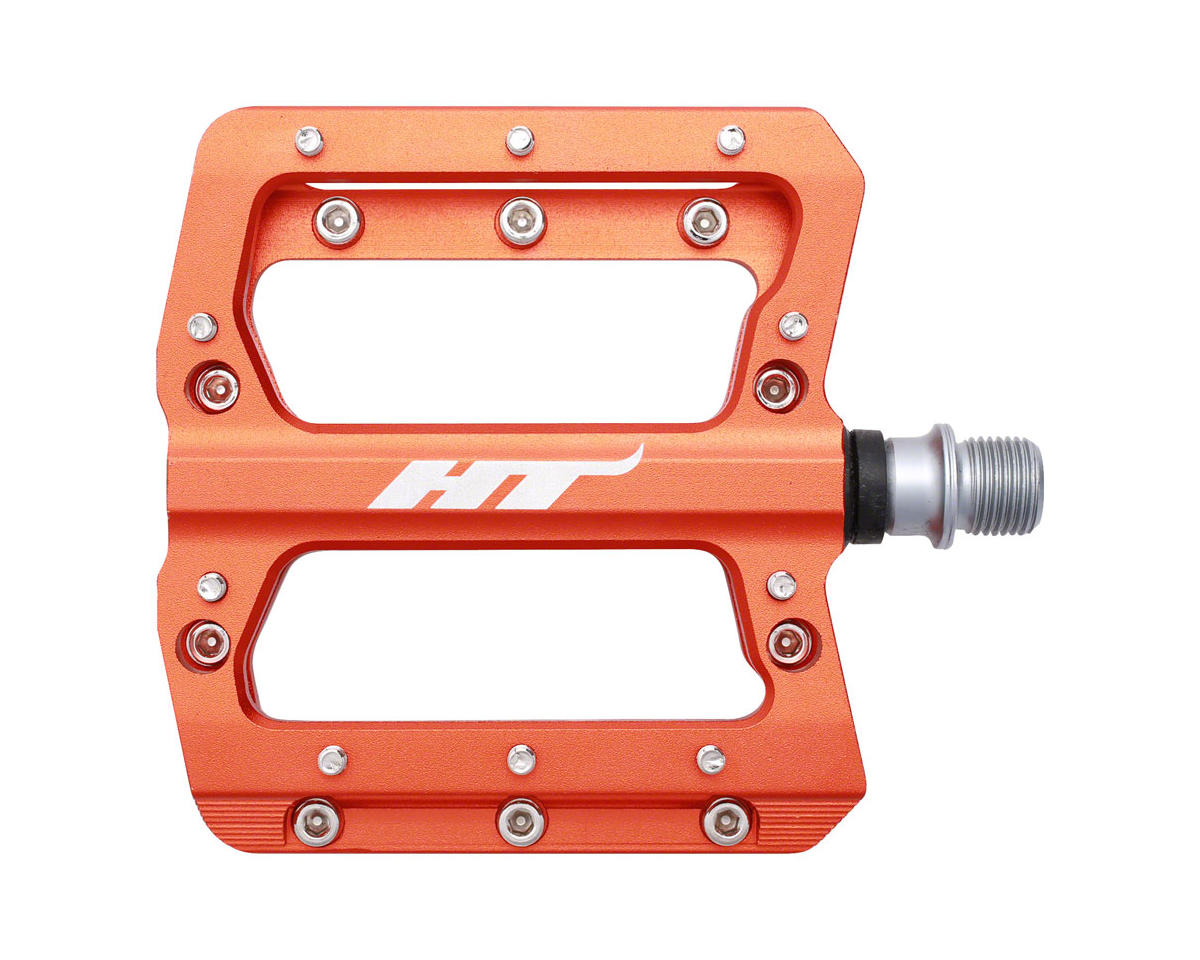 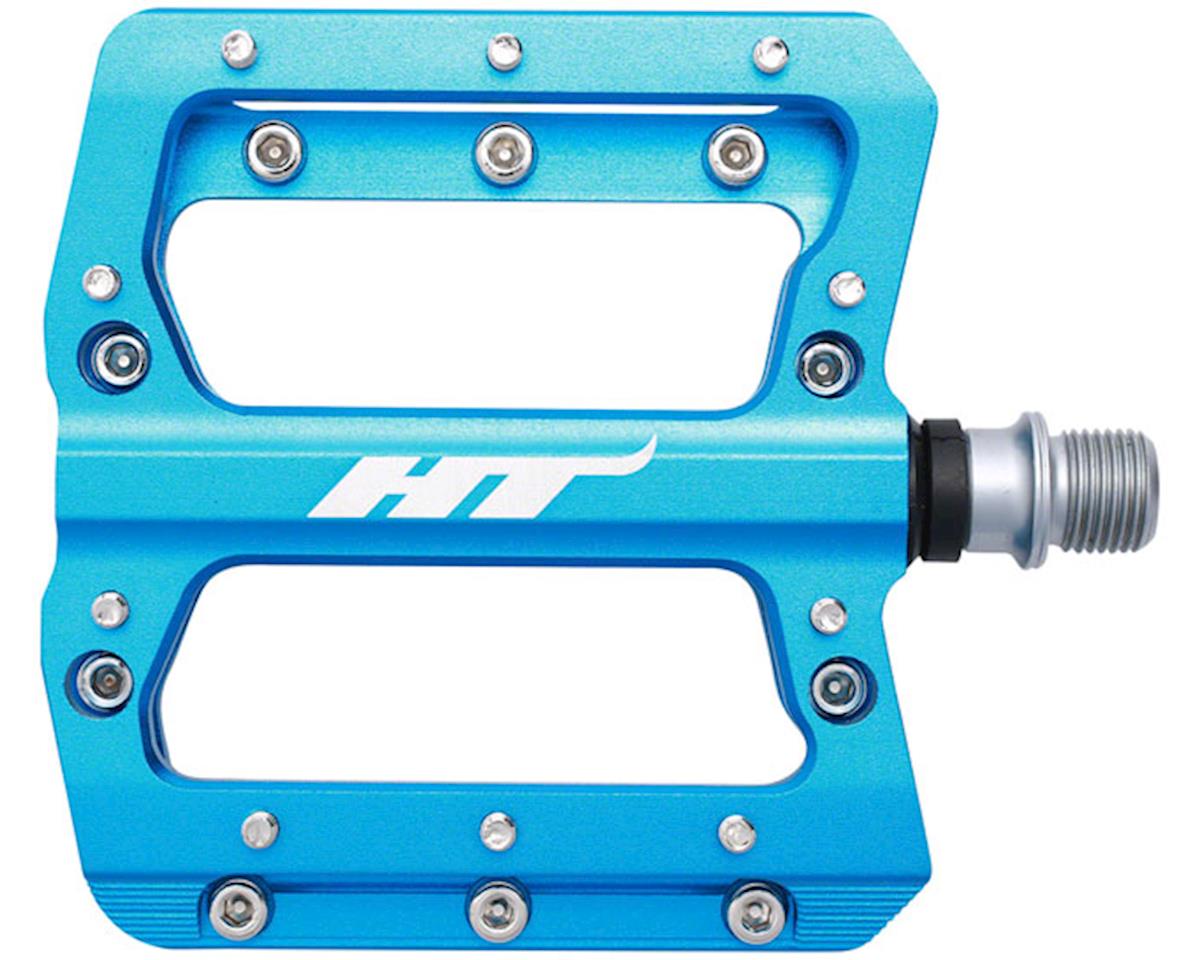 Next post Nash Wins in Debut, Decker Defends at the 2017 Lost and Found Gravel Grinder - Results