Over 300 riders participated in the fourth round of the Ulster Cyclocross Championships which were held in St Columb’s Park, Derry in North Ireland on Sunday October 30. The class of Asea Wheelworx rider Roger Aitken was there to be enjoyed, as he won the CX ‘A’ Race in a time of 53:31 against stiff competition from Barry Kellett of Dromara Cycling Club (Co. Down) and Graham Boyd (Xmtb McConvey Cycles of Belfast). Foyle Cycling Club’s Ronan McLaughlin came in 11th in the ‘A’ race in a time of 58:03. 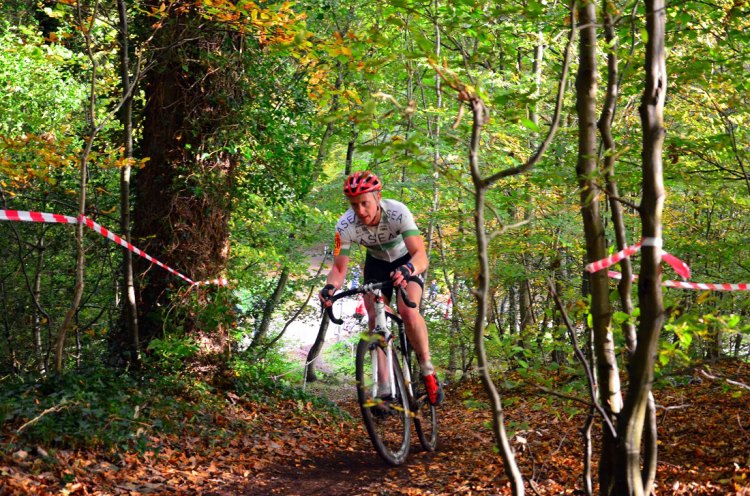 The Foyle Cycling Club (organizers of the event) was delighted with how the day panned out. Simon Gill, Club Chairman, said, “It was great to see so many children participating at under age while at senior level it was joy to compete with the likes of Roger Aitken, Barry Kellet, Glenn Kinning, Jason Henry, Trudy Brown and our own Ronan McLaughlin.”

This year’s event was brought forward to coincide with Derry’s 30th anniversary Halloween celebrations. Foyle Cycling Pro, Ronan Gallagher, said this had a major bearing on the number of people riding and watching the competition, “In 2015, the Derry round of the Ulster Championship was staged at the end of November in very difficult weather conditions. We were delighted that the organizers of Ulster Cyclocross, in particular Martin Grimley, facilitated the new date for 2016 as it certainly helped increase participation by almost 25%. This year we had over 300 riders across all age categories and approximately 1100 spectators cheering them on.” Gallagher continued, “We hope that this fixture will become a permanent event at Halloween for Club and City, and we’re also confident that the 2018 Irish Cyclocross championships will be held in Derry, too. We’re hopeful too, that local companies will take the lead of Halford’s Cycles on Crescent Link who sponsored the prizes for all the Junior categories. With key sponsorship, this event has the potential to bring in hundreds of competitors and spectators thus helping our local economy to grow.” The next round of the Championships is hosted by Island Wheelers and will be held at Windmill Wood in Dungannon on November 6.