What are you doing after work tonight?

Have time to do something good for your health that doesn’t require intervals or even a chamois?

Most Masters-aged cyclists are faced with the usual busy person weekday life demands on Wednesdays, often including some mix of a lot of work, errands, family and kid stuff, dinner prep and clean-up and bit of screen time. By the time that’s all over, it’s time for bed to get ready to do it all over again tomorrow, something any busy person, male or female, can relate to. It’s a routine that’s easy to become accustomed to, and especially when family is involved, it’s reflective of the prioritization that feels right and isn’t selfish. It’s the offseason after all, and “training for cyclocross” doesn’t quite work as a hall pass if there’s a significant other or kids competing for your time.

We’ve written about the value of a “Wednesday Night Worlds” for cyclocross training a handful of times, most recently in an August re-post of our article on Wednesday night practices from Issue 25 titled “Wednesday Worlds: Why It Matters, and How to Start Your Own.” For most weekly cyclocross practice attendees, the last get-together seems like ages ago. But does it really need to end? 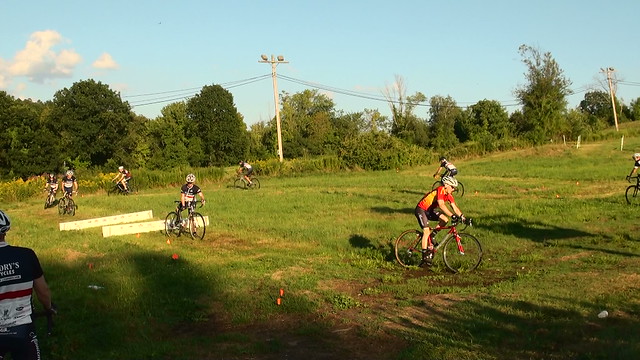 Sure, cyclocross season is a ways off, and you don’t need to be racing cyclocross on a weeknight this time of year. Maybe you’re focused on a road or mountain bike season or another activity right now and the last thing on your mind is dismounts and remounts.

However, there’s growing research sent our way that suggests a weekly routine, blood pumping or not, has hidden health gains beyond raising your lactate threshold or improving your cyclocross skills, particularly for guys. Perhaps the biggest health benefits are from the regular social interactions and friendship bonding offered by a weekday night tradition—something men and women both need—but men may have more trouble fulfilling.

(This is a rare time we use “guys” literally, but much of this article is relevant to anyone, male or female, racer or not, and hopefully it’s especially worth a read or share if there’s a guy in your life who fits the bill.) There’s beauty and health benefits beyond exercise in a Wednesday Night Ride tradition. “The guys” side-by-side, staring off into the horizon. © A. Yee / Cyclocross Magazine

Subconsciously, I think I sensed this a few years after starting a weekly Wednesday cyclocross practice in Boston in 1996. Sure, I was only in my 20s, had lots of similar-aged coworkers and housemates to lunch with and go out with, yet after cyclocross season, I sorely missed the weekly practices because they added a guaranteed, sacred social outing with like-minded folk (men and women) regardless of how busy the rest of my life was.

Soon, I had a convenient solution. The Wednesday night practice group transitioned to Wednesday night ski sessions at the Weston Ski Track after cyclocross season, and when the snow melted, we moved to Wednesday night group road rides from Arlington. Regardless of vehicle, distance, activity or weather, they always had one thing they all had in common: We would always end up at Picante Mexican Grill in Davis Square for some bonding over burritos. (This location closed shortly after I moved from the area. Coincidence?)

My weekly routine took a sabbatical for a few years after a West Coast move, mostly due to grad school, but once that was over, I sensed there was a big hole in my weekday life, and had to restart the tradition. Emails were sent, acquaintances were made, teammates were invited, parks were scouted, and most importantly, taquerias were taste tested. Fall weekly cyclocross practice was back into my life!

The only problem was after the cyclocross season ended, skiing wasn’t an option, and because I didn’t really ride road much anymore except for the occasional humbling Valley Ride, practice returned to a mostly-fall routine. Marriage, a challenging job, and a kid were consuming that midweek time anyway. And in the offseason, that hole remained.

Yet over the last few years, ride logs show that without an intentional decision, we’ve filled that hole. Our Wednesday night rides have quietly become a year ’round affair. Yeah, we still like riding bikes and need some exercise. Hot laps get replaced by trail rides, and for some, fat tires and flat bars replace skinny knobbies and curly bars. You might even see a suspension fork or plus bike—it’s not the bike or terrain that really matters. The pace relaxes and the lure of burritos often calls earlier in the night this time of year. Sometimes there’s six or more of us, sometimes just two, but thanks to California weather, we’re still riding, and still ending up at burritos. It’s not actually the food that matters. It’s the company. But a tasty burrito doesn’t hurt. photo: Crystal Luxmore

My cyclocross season only ended a few weeks ago, but ringing through my head after I crosssed the line one final time was coach Chris Mayhew’s repeated advice (here and here) that I should hang up the bike for two weeks or so. Still, when Wednesday rolled around three days after my last race, I couldn’t do it. There was no way I could skip the weekly ride. I wasn’t afraid of losing fitness or gaining weight, but I needed it—I often work out of the house, and Wednesday was my chance to get out and hang with the guys.

Lee Slone, a regular attendee of our Wednesday night rides, recently sent me a link to a Boston Globe Magazine article titled “The biggest threat facing middle-age men…” by Billy Baker that simultaneously justified our cumulatively-expensive burrito tradition, and explained what we probably subconsciously knew: Guys need “built-in regularity—something that is always on the schedule” to maintain friendships and avoid feeling isolated. It suddenly made sense. When I miss the weekly gathering, I’m more likely to be in a funk. Slone recently hurt his ankle, but wasn’t deterred. He skipped our ride but kept coming for burritos.

Buried in our Wednesday practice article, on the seventh slide titled “Keeping Practice Fun,” author Andrew Reimann quoted me as saying, “The highlight…of practice [is] going for burritos afterwards. The benefit of doing a night practice is that not everyone has to run off right away and head to work. If you can add a social element, there will be more of a draw and incentive for people to come out when it’s cold and they’re tired.” Looking back at it now, I think by “incentive for people” I meant myself. Sure, some of us have morning and lunchtime group ride options, but the evening ride is different because of the ability to socialize without a strict curfew. The only time limit restriction we battle is the closing time of the taqueria.

“The best way for men to forge and maintain friendships is through built-in regularity — something that is always on the schedule.” -Baker on psychiatrist Richard Schwartz and his research for The Lonely American

In turns out that perhaps the best health benefit of such a weekly ride tradition is not in the exercise or skills developed, but in exactly what I enjoy the most—the socializing. As Baker writes in the Globe piece, “When people with children become overscheduled, they don’t shortchange their children, they shortchange their friendships.” A busy job could do the same thing. We think we’re being good fathers and good workers, but there’s growing research that such prioritization can have disastrous health benefits, with the surgeon general warning that the most prevalent health issue in the country is isolation. That’s not specific to guys by any means, but as Baker writes, the research seems to show that “men need an activity together to make and keep a bond” while “women can maintain friendships over the phone.” 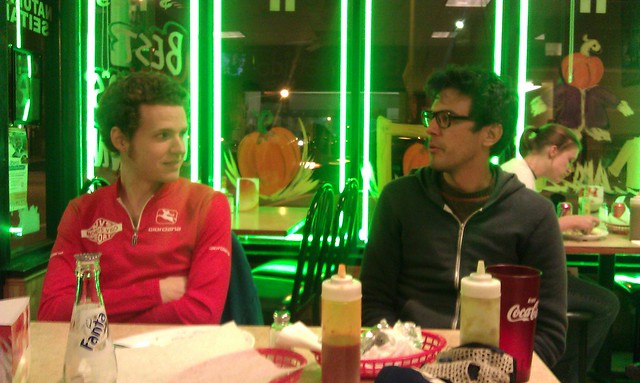 Of course as with any research there are exceptions and generalizations here, but at least if you’re a guy, denial that this applies to you could be hazardous to your health. The risks cited with isolation, or lack of regular activity with friends, are daunting:

Baker goes on to cite research that has studied photographs of men socializing and women socializing. While the women are often seen talking to each other, face-to-face, men are typically sitting side-by-side, staring off into the world. It’s no wonder why a passive activity like fishing is a popular guy’s bonding occasion: Side-by-side, staring into the water or out to sea makes fishing a common guy’s bonding activity. photo: Robert Pos

You might be the life of the party or have a 1,000 Facebook friends, but without scheduled social interaction, there’s always so much friction to find social time with friends. “Planning anything takes great initiative, and if you have to take initiative every time you see someone, it’s easy to just let it disappear,” writes Baker. I’m sure we all can relate, male or female.

“That’s why, studies have shown, men tend to make their deepest friends through periods of intense engagement, like school or military service or sports. That’s how many of us are comfortable.” -Billy Baker

“We need to go through something together,” Baker writes. “That’s why, studies have shown, men tend to make their deepest friends through periods of intense engagement, like school or military service or sports. That’s how many of us are comfortable.”

Intense engagement? Cyclocross practice certainly fits that definition, but once the season ends, there’s no reason to let the gatherings stop. Of course, women have always been welcomed and have been a vital part of our weekly ride crew, but now it seems at least for guys, there’s another health reason to keep the rides going throughout the offseason beyond fitness.

Easier said than done? Try to convert the one-time hall pass into a weekly renewal, not a weekly negotiation. Tell the people in your life, and most importantly yourself, that it’s for your health. Offer up another night as a trade. And consider passing this article to your significant other to start the conversation, or to other guys who might need a healthy push to get out.

Folsom Rodeocross Returns to Liven Up Wednesday Nights in Norcal