Hot off the social media (or crown race) presses: Coach, wheel and frame builder Chris McGovern posted an interesting photo of a short travel suspension fork from Fox that appears to be aimed at the cyclocross or gravel bike segment. “Adventure Cross” or “AX” is what Fox looks to be calling it, as the suspension giant hopes to add more cushion for your drop bar pushin’.

Fox looks to be taking this big step into ’cross and gravel with an adaptation of its current Step-Cast series of forks, as first pointed out by roadbikereview. It’s hard to tell from the image, but it looks to be about 40-50 mm of travel and it is disc brake only.

Fox’s Step-Cast design is new for their 2017 product line and is used in some of their latest, lightweight XC mountain bike forks. The main advantage of this design is to save weight by using a narrower stance (and therefore narrower crown) than traditional forks. See the image below for a comparison of a standard fork outlined around a new Step-Cast Fox fork.

The stepped “Step-Cast” refers to the lower portion of the fork, which is smaller to allow room for the spokes and a disc brake rotor. The lower legs are hollow for more weight savings. The Step-Cast design is primarily used for shorter travel applications, which makes it ideal for a ‘cross/gravel-specific fork. It is not known at this time how much this fork might weigh but when comparing it to current XC offerings from Fox, we expect it to be under 3lbs. Rock Shox had one of the first iterations of a road suspension fork in its Paris-Roubaix fork that subsequently became the Ruby fork (it didn’t sell well). 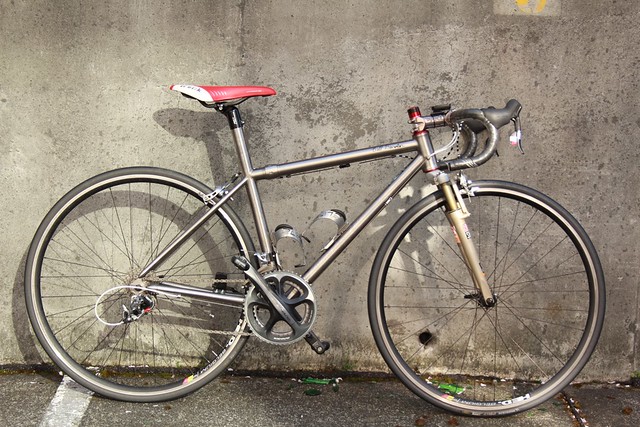 Rock Shox isn’t out of the game though, as the company offers the 700c wheel-oriented Paragon series of “trekking” forks that offer something similar to the AX, with 50-65mm of travel and a TurnKey lockout, and disc or rim brake options. They’re not light, at 1800+ grams, but don’t break the bank at around $200.

More recently, Lauf, from Iceland, developed a leaf-spring suspension fork that it incorporated into a cyclocross version that we took a look at last year. A couple of years before that, Cannondale fitted a Lefty fork to a SuperX prototype. Cannondale ended up using what it learned from that prototype to create the Slate line of Lefty equipped cross/gravel bikes. The Cannondale SuperX with a lefty fork at NBX in 2014. © Andrew Reimann / Cyclocross Magazine

Beyond suspension, there have been a myriad of technologies that bike companies have developed in order to take the edge off the impacts. The current popularity of wide tires with big rubber and tubeless models provides better traction and acts as a form of suspension. Lower air pressure is often the easiest and fastest way to take the edge off and reduce rolling resistance on bumpy terrain, but big tires can impact handling, especially the steering, if a bike was designed for narrower rubber.

Companies like Volagi, Specialized and Trek have spent a lot of money developing damping and vibration isolation systems to help provide more comfort that keeps riders fresher. Trek’s IsoSpeed Front has found its way to the latest Boone cyclocross bikes (as raced by Katie Compton and the Telenet Fidea team), while we expect Specialized’s Future Shock suspension, found on its Roubaix road bikes, to bounce over to its Diverge gravel line.

Pencil-thin seatstays and 27.2mm seatposts are also methods that manufacturers use to try and provide more compliance, and a few companies like Stafast have brought back suspension stems to smooth out your ride up front, while there are a plethora of flexy carbon and suspension offerings for seatposts out back.

Looking at it from a non-racer’s point of view, the likely launch of the Adventure Cross fork could just be seen as a refinement of what has been found on plenty of hybrid bikes for years: a short-travel fork for 700c wheels, 40c rubber and about 50mm of travel. 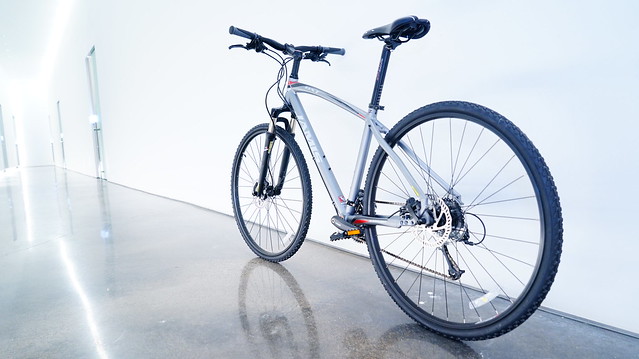 Don’t Throw Out Your Carbon Fork Yet

Think the Fox AX fork will be the answer to your prayers of turning your tight tire-clearance cyclocross bike into a gravel grinding machine? Not so fast.

We chatted ever so briefly with Chris McGovern about the new fork, and he was tight-lipped, as was Fox when we contacted the company for comment. The one thing McGovern did say is that you won’t see these new Fox forks just slapped onto any ‘cross bike. This leads us to believe any frame selected to use this fork would need to have suspension-corrected geometry. In particular, the axle-to-crown and fork offset would likely throw off a bike’s handling if a rider was to just throw one of these on his current ride. Does it feel like the early 90s all over again?

Last year at NAHBS, Cyclocross Magazine took an up close and personal look at the McGovern Cycles Gold Country Carbon ‘Cross bike. If this is the new CX/Gravel fork from Fox, perhaps we’ll see a few bikes equipped with it at NAHBS this year from McGovern and other builders? The 2017 North American Handmade Bicycle Show is being held March 10-12 in Salt Lake City, Utah next week.

It is definitely interesting to see a company with as much suspension knowledge as Fox taking their shot at smoothing things out on the gravel side of the market.

While it is way too early to know the pricing, we expect the fork to be less expensive than the top tier mtb offerings. Too high of an entry price would be a serious barrier to adoption of this new technology.

We are expecting to ride one of these forks just before Sea Otter. Stay tuned for more news as it develops.