With non-championship races already well underway, racing is heating up in Boulder, but racers with early start times may be hitting some ice and snow on course in coming days. Jesse Pisel snagged some shots of the icy early morning action at Valmont Bike Park.

The skies are sunny, but early temperatures are still low enough to have racers reaching for the leg warmers and embrocation! Coming through the finish. © Jesse Pisel 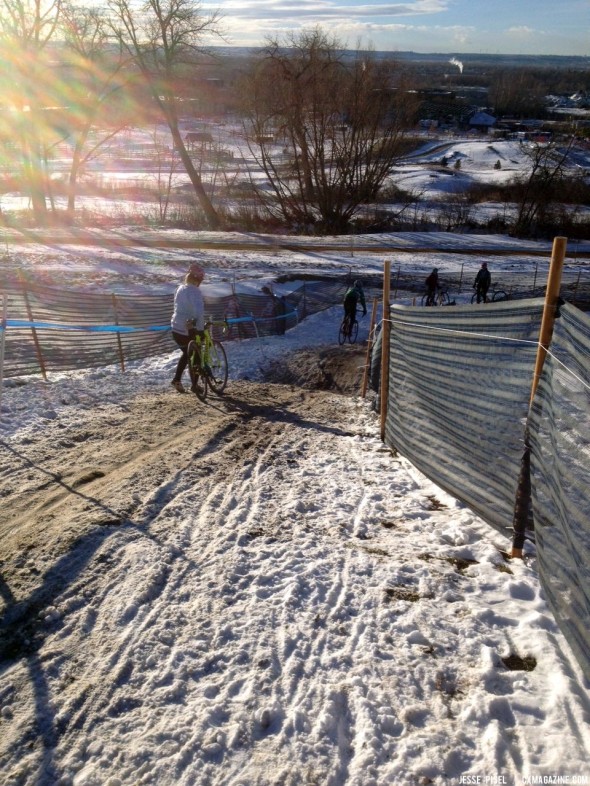 A chilly view of the course as the sun works its way over th mountains. © Jesse Pisel