Airborne is back, and is coming out with a disc-equipped cyclocross bike, the Delta CX. They’re also looking to recruit members for their “Flight Crew.” Press release below.

Other bike companies have race teams. Airborne Bicycles has The Flight Crew, “a dozen citizen rider/racers who like riding (and occasionally racing) all kinds of bikes, and who just happen to be great at spreading the word about Airborne and their love of riding in general via social media and spoken word.”

Now the Airborne folks are looking for five new Flight Crew members to replace positions that rotated out at the end of 2010. The gig includes a year-long Flight Crew membership, free trip to Sea Otter in April(!), free Airborne bikes, and assorted kit and schwag. In exchange, you’ll talk about topics of interest to other riders (including, but by no means limited to, Airborne) online and in person.

Details are available on the Airborne Facebook Page. Also, entries are only accepted through March 15th , so hop to it! 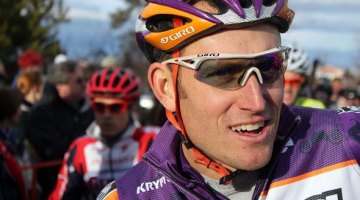