Today's finale of the 2015 Verge New England Cyclo-cross Series presented by Stan's NoTubes and Cycle-Smart was filled with fireworks. During day two of the NBX Gran Prix of Cyclo-cross, exciting racing all day culminated in two of the most thrilling Elite races this season.

Warwick, Rhode Island's Goddard Memorial State Park serves as a gorgeous backdrop for this formidable course, where the calm bay waters lap the beach section of the race's trademark section and the rooty trails carving through the woods present a challenging track for racers. On this favorite course of many New England racers, riders must descend tricky sandy chutes and power through sandy corners. The course is built for versatile, skillful racers, and can be punishing to those who make mistakes. No one could touch White and Noble. © Todd Prekaski

In the Elite Women's race, the duel between Emma White (Cyclocrossworld.com) and Series leader Ellen Noble (JAM Fund/NCC/Vittoria) continued. Although the two are friends and sometimes training partners, on the course the talented U23 racers battle with extreme ferocity. The two had a gap on the rest of the field within the first few turns of racing and didn't look back.

Behind them, Jena Greaser (JAM Fund/NCC/Vittoria) chased in third, while Arley Kemmerer (Level Eleven Racing p/b PB2), and Kate Lysakowski (Joe's Garage CX p/b BikeReg) worked together in fifth and sixth. Just like yesterday here at NBX, White launched an attack. This time, however, there were no mechanical issues and White gained an advantage over Noble - an advantage that only grew. White won a decisive victory in Warwick today, but Noble's second place finish and consistent results all season long earned her the top step in the Series overall and U23 categories. Greaser held on for third, and Kemmerer bested Lysakowski for fourth. Clark in charge of the lead group. © Todd Prekaski

Anthony Clark (Squid Bikes) was hungry for a win at NBX today, having gained confidence from earning the Series leader's jersey during day one of NBX. Dylan McNicholas (Polartec) felt similarly after his late-race crash took him from being poised to win to limping in for fifth. Curtis White (Cannondale p/b Cyclocrossworld.com) hoped to redeem himself after a flat tire yesterday. The stage was set for an exciting race.

White went from the whistle with Clark, McNicholas, and yesterday's winner Jeremy Martin (Louis Garneau) on his wheel. Pressure from the group gapped Martin once, and again, leaving Clark, White, and McNicholas to duel. White attacked, and only McNicholas could respond. Clark's determination is something akin to a force of nature, though. Despite falling back, Clark reconnected, tore through the leaders, and took control of the race. First White, then McNicholas couldn't match Clark's ferocious pace. Clark took a commanding win at NBX today, his first career UCI win, and his Series lead was ensured.

"These are racers who have come up through the ranks, working their way up the ranks, attending Cross Camp with Cycle-Smart. I'm really proud of the Series winners and excited about what this means for the future of New England cyclo-cross," said Adam Myerson, Series Founder and President, who also earned a seventh-place finish on what might be his last race as a professional cyclist.

Following the exciting day of racing, Series winners stood atop their well-deserved podiums during the final awards ceremony. Top racers were lauded in fifteen categories ranging from cub juniors to masters, including the local favorites Noble and Clark. 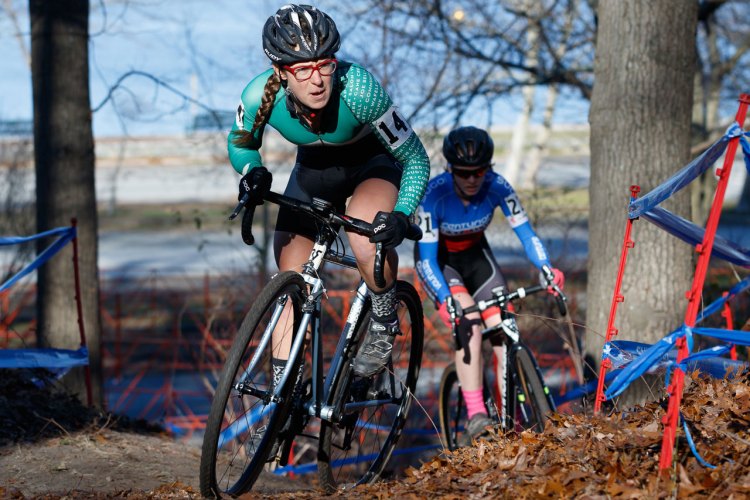