With the Spring Classics over, this past weekend top cyclocrossers took to their fat tires and chase Olympic dreams.

See how your favorite mudders faired in the build-up to the mountain bike race at the Tokyo Olympics with our brief recap and highlight videos.

The start of the 2021 UCI Mountain Bike World Cup in Albstadt, Germany began with the short track with all the top riders fighting for a top line-up spot for Sunday’s XCO Olympic qualifying race.

The short track generally consists of a 1km to 1.5km circuit, with the race lasting between 20 and 25 minutes. As expected, all the best were at the front, world champion Jordon Sarrou, Nino Schurter, Henrique Avancini, Van der Poel, and Vicktor Koretzky.

Going into lap two, Mathieu Van Der Poel made a blistering attack which he later said was to “reduce the size of the front group.”

In the final sprint to the finish, no one could touch Van der Poel who hadn’t raced his mountain bike since 2019. Vicktor Koretzky (KMC-Orbea) took second, Nino Schurter (Scott/SRAM) in third, and Henrique Avancini (Cannondale Factory) 4th, and Mathias Flueckiger in 5th.

In the women’s race, it was former cyclocross world champion, Pauline Ferrand Prevot (Absolute- Absalon), who took the win.

See the video highlights below.

You can watch the full race thanks to Red Bull TV here.

This past Sunday in Albstadt Germany the superstars of mountain biking lined up for the first Olympic distance cross country event of the 2021 world cup series. With the likes of five-time world champion Nino Schurter who was looking to score the win (which would have equaled Julian Absalon’s record of 33 World Cup wins), as well as all the big names including Mathieu van der Poel (Alpecin-Fenix), who won the short track on Friday, it would be unlikely that Pidcock, who had an 11th-row start position would have much of a chance to place very high.

However, Pidcock was on a mission, and lap by lap he picked off riders until he not only caught and passed Mathieu van der Poel and Henrique Avancini, who had been leading at the start but faded to 7th and 10th, respectively, Pidcock went on to finish 5th on the podium.

Blevins (Trinity Racing) had another strong finish in 13th place.

The women’s race featured a French 1-2 with Loana Lecomte taking the win over compatriot and former Cyclocross World Champ Ferrand Prevot, ahead of impressive rides by the two Americans, Haley Batten and Courtney.

Prevot ended the weekend in the World Cup leader’s jersey, while Americans had plenty to celebrate with two Americans in the top five.

Before the World Cup opener in Albstadt, Germany, Tom Pidcock showed he was on form and ready to challenge in his debut elite mountain bike season. While Wout van Aert prepares for Grand Tour aspirations, Pidcock has his eye squarely focused on the Tokyo Olympic Games.

Still not fully recovered from his Flèche Wallonne crash, as well as a fairly heavy spring classics campaign, in the end, Pidcock was able to distance his rivals by more than three minutes. 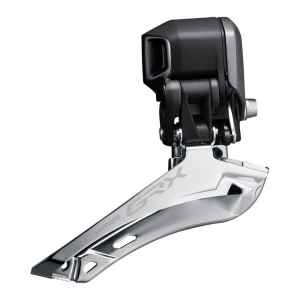