After a brief hiatus from the top step of top-level cyclocross, 2016 World Champion Thalita de Jong (Rabo Liv) is back on top after a powerful ascent up the steep run-ups and long paved climb of the 2016 Hansgrohe Superprestige Spa Francorchamps cyclocross race today. The lead four regrouped, and De Jong eventually hit the front with a strong surge. The World Champion looked to be on her way to a dominant win, but Majerus and Cant reconnected, making for a tactical battle as each rider looked to take advantage of her strengths out on the course. De Jong was not to be denied, however, and using the paved climb and soggy grass flats to her advantage, put in another attack that would stick. 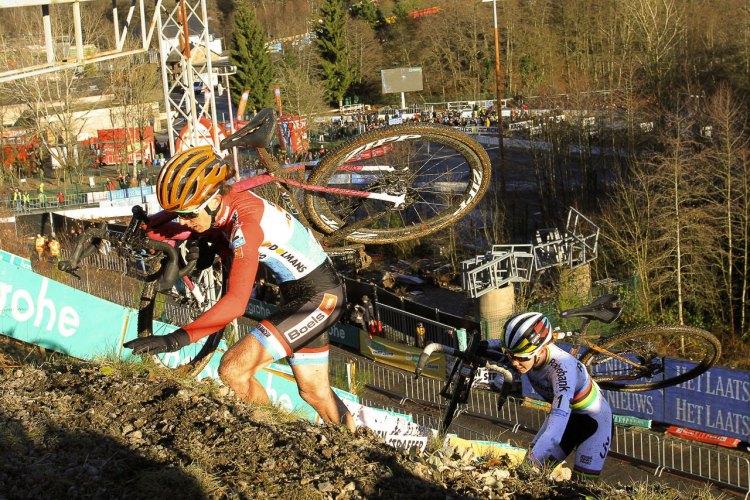