Back in 2011, we took an extensive look into Ryan Trebon's power over the course of an Elite Race. At the time, power meters were far more the province of pro-level riders, with some even wondering if the meters were accurate enough for the constant on and off the gas power of cyclocross. Since then, companies have been improving power meters and making them more affordable. Rotor has their latest INpower power meter that gets its readings from the spindle and Stages Cycling has been expanding since unveiling their left crankarm power meters. We spoke with Shawn Heidgen, the lead affiliate to Verve  Cycling in the United States, and our timing was just right as she was with with a few of the designers and staff members who were visiting from the company's home base in Australia.

I was ready to roll my eyes when I heard that temperature was a large factor, which I figured couldn't account for much variance, but Verve Cycling told me that I would be surprised. As aluminum is so thin it will move with different temperatures, and going from riding in your basement on the trainer next to your boiler to the cold outdoors of a cyclocross practice is more than enough to report another training  power zone entirely. To resolve this, they built in four American-made strain gauges in the middle of each crank.

Many riders, however, don't mind the inexpensive power meters. The common argument is that as long as the unit is consistent with itself, individuals might not be able to accurately compare their numbers with others, but at least they can track their own progress. Verve Cycling counters, pointing to meters that require constant maintenance: "If you're calibrating a lot, you're doing it for a reason," they said, "and it also means your last ride was inaccurate." Their second point is that if someone travels and uses a different Infocrank than the one they own, Verve Cycling argues that the numbers they see will be nearly the same.

The real burning question for the readers was how the power meter would hold up to the conditions of cyclocross. Shawn Heidgen encouraged me to try and get the crank as dirty as possible, and take it out in the worst weather conditions I could find. The Verve Cycling website uses the words waterproof up to one meter, and we shared a story over the phone of one of their pro athletes happily power washing his bike away. Power meter-equipped cyclocrossers can often be found by the race's power washer being as careful as possible to avoid the general vicinity of their power meter in fear of shorting out a circuit. 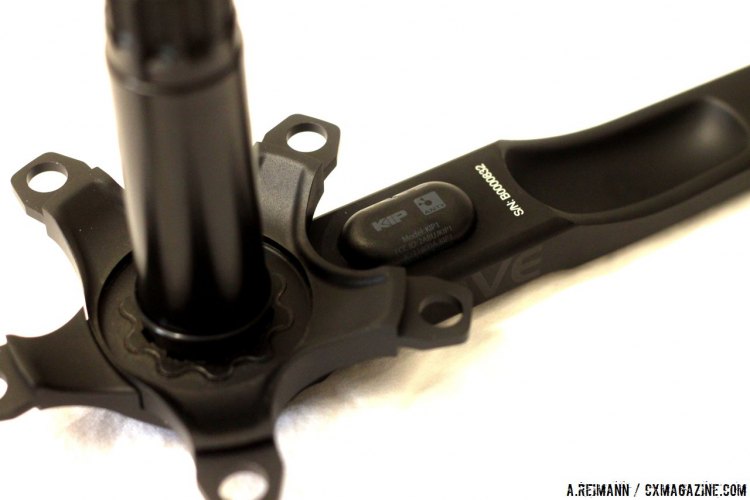 Prev4 of 5Next
Use your ← → (arrow) keys to browse
Tags: cranksetcyclocrossnew product spotlightpower meterverve cycling