Last year at Interbike, we got to see the latest offerings by K-Edge with the release of the Cross Single XL Chain Catcher. With the release, K-Edge affirmed that they understood the requirements for keeping a chain on in cyclocross is far different than that for road. While the catcher is over three times as heavy as the standard model for road, the XL model was a first for the company to offer an insurance policy for the latest generation of single chainring setups.

Nearly a half year later, we caught a surprise at Nationals in Austin that K-Edge had not mentioned at Interbike. On both Danny Summerhill and Logan Owen's bikes, a K-Edge prototype for a SRAM CX1 was employed.

For 2015, we caught back up with K-Edge, and the company has just released details on the availability of the prototype for general use, as well as the new products they have created over the last 12 months for new ways to mount computers and sports cameras.

Use the slider below for new product spotlights and information. More info: acecosportgroup.com 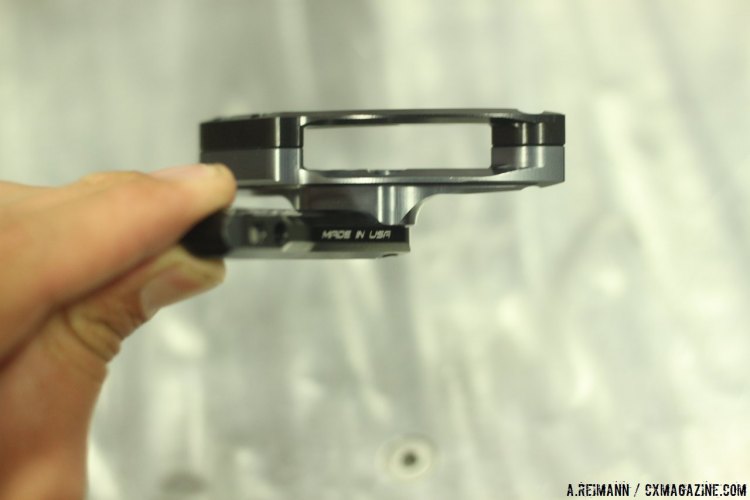 The K-Edge prototype is a two piece system, allowing for the chain to be removed from the chainring without needing to break a link in the chain. © Andrew Reimann / Cyclocross Magazine

Previous post Training for the Climb and Rides at Three Peaks: A Beginner's Guide from Andy Ward