The Girl with the Cowbell Tattoo: Back in (on) the Saddle

Being home for two weeks, with no races to cover, was unprecedented. In fact, I can’t remember the last time I had two full weeks of no racing, no events, no trips, no anything. So, what’s a girl to do?

For this slightly out-of-shape reporter, it meant a chance to get a whole lot of work and training in, in a very short period of time. And so I did. I joked that now that I was home, I had no time to see family, electing instead to hole up in the basement, where the wireless router, rowing machine, stationary trainer and scanner co-existed in peaceful harmony. Their harmony, after months of quiet non-use while I was gone, was shattered, with the Ke$ha Pandora station blasting for trainer and rowing sessions while the Mountain Goats station provided a calming influence for the long work stretches. Once in a great while, one or both of my parents would catch a glimpse of me as I scurried into the kitchen for snacks or coffee. Why I didn’t just get an espresso machine for the basement in beyond me. Maybe next time I’m home for more than seven days at a time …

They also caught sight of me bounding up the stairs and out the door almost daily, as I started exploring my old stomping grounds, torn to shreds by Hurricane Sandy, but slowly being rebuilt to their former glory by tireless local MTB groups and NJ state workers. My parks haven’t recovered but they are rideable again, and I was excited to use my freshly fit MTB on them, smashing over roots that I had to dismount for the last time I rode them, this time last year. Technique? It’s not there 100%, but it’s miles better than it used to be. And as I said in my last column, I’m planning a return to Xterra triathlon this summer, so bricks were back. Turns out, the first three minutes of running off the bike, in a word, suck. There’s no two ways about it. But there is a rhythm I find myself slipping into—though it’s often shattered by the screech of my new Garmin Forerunner 405, bought to force me to use Strava and time runs and rides, that refuses to work the way it’s supposed to—and that rhythm is when I start thinking, “Wow. I am still an athlete.”

During the cyclocross season, if you ask me what I am in the cycling industry, I’m torn. This season, it felt much more like I was media versus a real racer. It was a relief when my race was “out of the way” so I could focus on my real work.

Don’t get me wrong. I still raced hard. But maybe by the last lap, unless the race was going my way, my attention was a bit … elsewhere. I can quote Richard Fries announcing my race at NBX in early December during the last lap. I believe he started talking about spelunking in the pain cave, which makes perfect sense, if you happen to be Richard Fries, or certifiably insane, or just really tired during your race.

But when I can quote an announcement made during my own race, something isn’t right. My focus? Gone. Sure, I was having a blast racing, but I was finding it impossible, physically and mentally, to give it 100%.

And now? Put me on a trail, any trail, and I will go 100%, no problem. That two weeks of focused 20 hour training weeks combined with 60 hour work weeks changed everything. I forgot what it felt like to not just race like a pro athlete, but to train like one. To wake up and head out the door on a 2 mile run before checking my email. To hit the trails, and hit them hard, for hours at a clip. To go to bed after eating everything in the kitchen, only to wake up starving by the morning.

After that two weeks was up, it was time to go back to Massachusetts, pick up Justin Lindine, and roll out to Michigan. Whoever said cyclists are environmentally friendly wasn’t talking about racers … we put in 30 hours of driving in five days, but it was worth it. Lindine took the win in the 62 mile gravel race, the Barry Roubaix. I got some awesome footage and cut my ride short, only doing the 36 miler so I’d be back to interview the winners of the long race as they got in. I was excited to see that even taking it mildly easy for chunks of the ride, my time for the 36 miler would have easily put me in the top five women finishers. Seems like training is working.

A quick trip home with a stop in Niagara Falls en route, and I was back in NJ before I knew it, home to prep for the next big trip. Next stop? Vegas for Xterra West Championships: my first chance to see how my fitness really measures up against a seriously pro crowd of racers from all over the country. 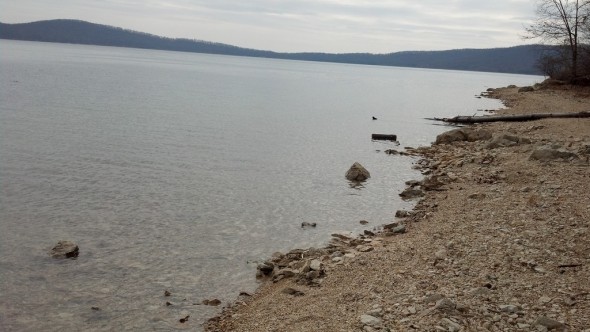 Next post Announcing Afghan Cycles, The Story Of The Women’s National Cycling Team In Afghanistan